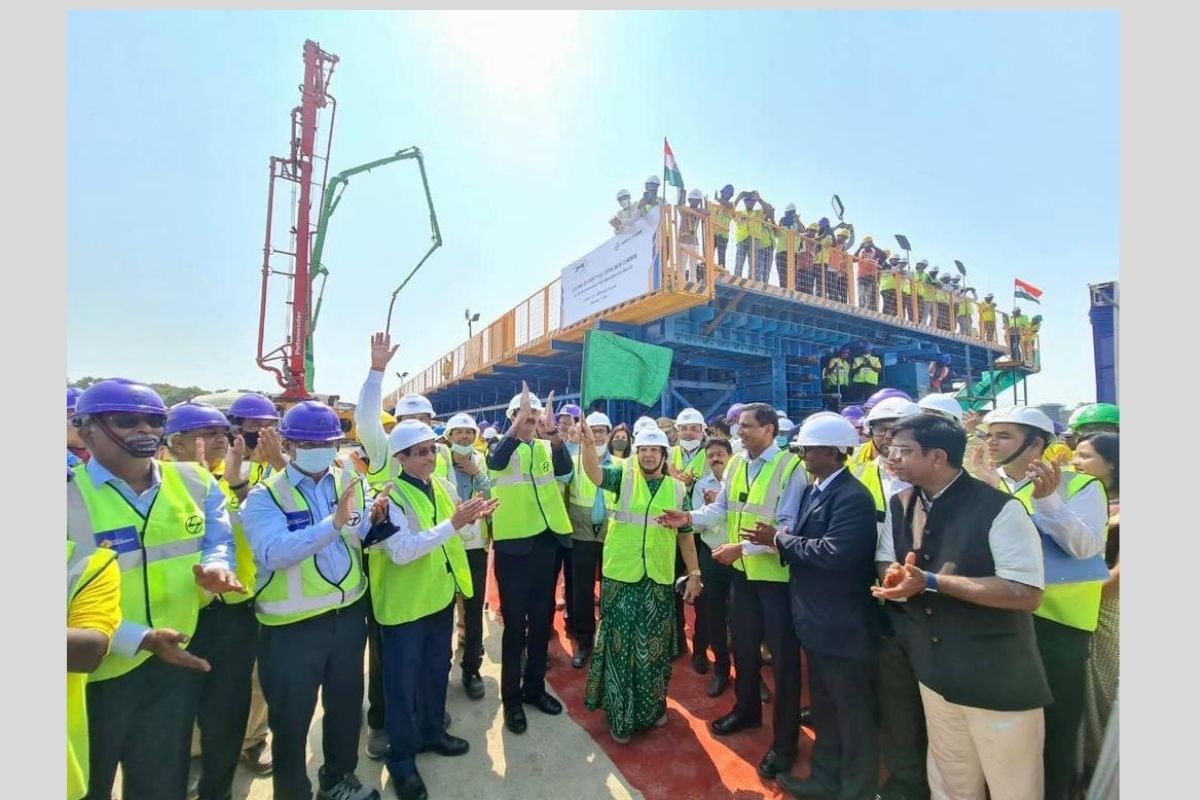 Navsari (Gujarat) [India], November 1 : Navsari, the historic town of the Parsis on Monday shot to fame with the casting of the heaviest Pre-Stressed Concrete (PSC) box girder in the construction industry in India kick-started for the much-awaited Mumbai-Ahmedabad highspeed rail corridor project by the National High-Speed Rail Corporation Limited (NHSRCL).

To expedite the construction of the viaduct, construction of substructure and superstructure has been taken up in parallel.  While the work of substructure i.e. Pile, Pile Cap, Pier, and Pier Cap, is in progress, for the superstructure, casting yards have been developed along the alignment to cast Full Span Girders and Segmental Girders so that they can be launched using heavy machinery over the casted Pier Caps.

For the casting of Girders 23 casting yards are being developed along the alignment. Each casting yard is spread over an area of 16 to 93 acres as per requirement and is located adjacent to the High-Speed Rail Alignment. For the expeditious casting of Girders with quality, facilities like jigs for making rebar cage, casting beds with hydraulically operated pre-fabricated moulds, batching plants, aggregate stacking area, cement silos, quality laboratory, and workmen camps have been developed in each casting yard.