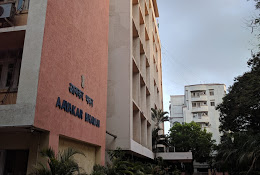 Surat: After 25 long years, a Gujarati officer from the Indian Revenue Service (IRS), Keyur Patel took the charge of the Joint Commissioner at the Surat Income Tax department’s Investigation wing on Saturday.

Keyur Patel, joint commissioner of I-T’s investigation wing will be heading the sensational search operation on the Ratnakala diamond, where the department is believed to have unearthed ‘Benami transactions to the tune of over Rs 500 crore.

It is believed that the Ratnakala Diamond indulged in the Benami transactions, round-tripping, and undisclosed mixing of the synthetic diamonds with the natural diamonds to the tune of crores of rupees. The department had unearthed Rs 90 crore worth of illegal sale of rough diamonds and big-sized diamonds.

Sources said the Chartered Accountants (CAs) are not visiting the Income Tax headquarter at Majura Gate due to the coronavirus pandemic and the online assessment process taken up by the department to prevent the assesses and CAs from their physical presence.

After the search operation on Ratnakala Diamonds, talks were going on that a well-known CA was acting as a middleman between the Investigation wing officials and the owners of the Ratnakala Diamond for settling the case. However, after Keyur Patel’s appointment, it remains to be seen whether a person identified as Pankaj, acting as a middleman would gain entry into the I-T headquarters.

Textile polyester hub in Surat poised to take a big leap forward with the PM MITRA scheme of the Central Government.