Congress kept on giving the slogan of ‘Garibi Hatao’ for decades. Today even the renowned experts of the world are agreeing that due to the efforts of the BJP government, poverty is reducing rapidly in the country 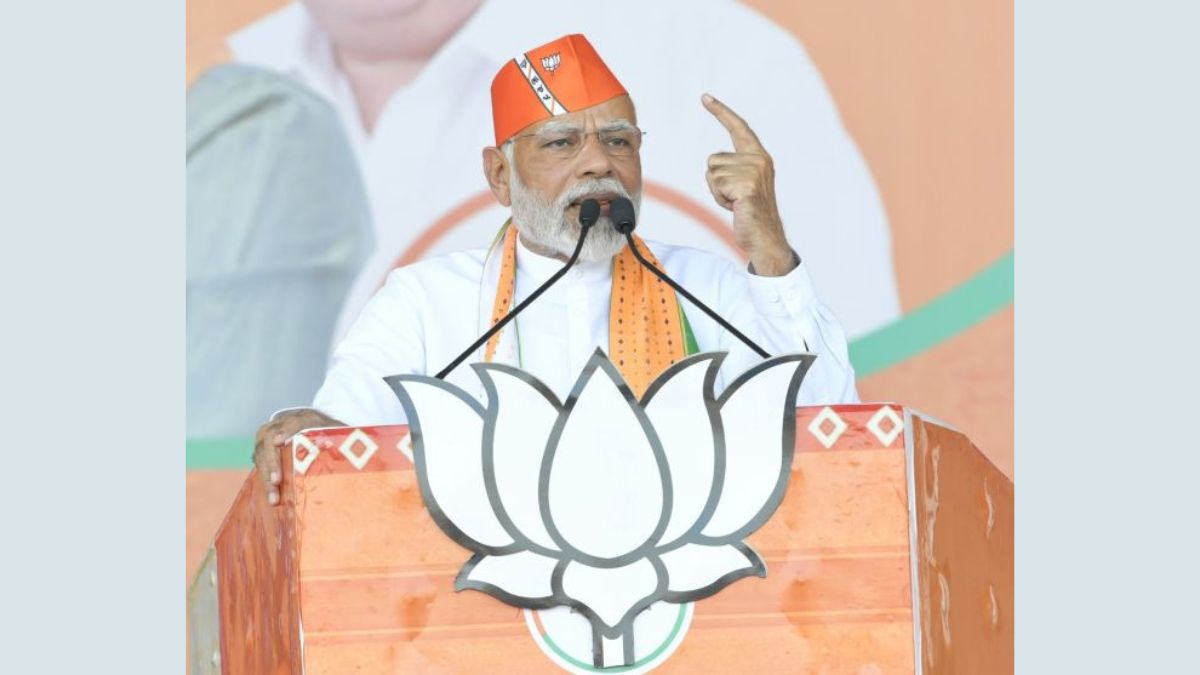 Ahmedabad: Prime Minister Narendra Modi continued his attack against the Congress party in the ongoing election campaign in Gujarat by saying, “Gujarat had for a long time been on the target of terrorist. We asked the then-central Congress government to crack down on terrorism, but instead they went after me.

PM Modi continued his rally spree as he addressed two public meetings in Gujarat’s Netrang and Kheda on Sunday.

“No one can forget how the then Congress government sitting in Delhi used to spend energy in releasing terrorists,” PM Modi said at a rally in Kheda. For a long time, Gujarat had been a terrorist target. Gujarat residents were killed in explosions in Surat and Ahmedabad. Congress was in charge at the time, and we asked them to target terrorism, but they chose to target me instead. Terrorism was at an all-time high in the country. This is the BJP’s double-engine government, which is constantly working to combat terrorism. Your one vote in 2014 made a significant contribution to the abolition of terrorism in India.”

PM Modi highlighted the Sankalp Patra released by the state BJP unit for developed Gujarat. He said, “Several resolutions have been taken in the Sankalp Patra to increase the economy of Gujarat, to empower the poor, middle class of the state, and for Sabka Sath, Sabka Vikas.”

Thrashing the Congress party for demanding proof from the armed forces for their surgical strike, PM Modi said, “When the country was fighting a decisive battle against terrorism, they wanted to mislead the country and weaken the fight.” He listed down incidents during which Congress shed tears on the killings of terrorists. Also, he went on to hit out the previous government for the 26/11 Mumbai terror attack.

Highlighting how the Double-engine sarkar has ensured faster progress in Gujarat, PM Modi said, be it toilets, gas connections, tap water, or electricity connections, all these works have witnessed unprecedented speed in the last 8 years. Tribal families could not even think about them earlier. Today these facilities are reaching every house.”

PM Modi talked about how the BJP government has given direct help to the poor. “As a result of pro-poor policies, more than 3 crore houses have been built under PM Awas Yojana. In this, the central government has sanctioned more than 10 lakh pucca houses for the poor of Gujarat. Of these, 7 lakh have been completed. And a large number of houses are allocated to tribal families,” he added.

Sharing an incident, PM Modi also mentioned how people from rural areas have benefited from affordable internet data. He shared the gathering that he was late by two minutes here because he wanted to meet two tribal brothers, Avi and Jay. He said, “Avi is a 9th-standard student while Jay is in 6th. Their parents died 6 years ago due to illness. One was 8 years old and the other was 2 years old then. Both were surviving on their own. Their video story came to my notice and I called CR Patil to do something. I was sitting in Delhi but managed to make arrangements for them. They have their own house, fan, computer, TV, and all facilities. One of the two brothers said he wants to become a collector, other wants to become an engineer.”

Addressing his second rally of the day, the PM said, “The difference between the BJP and its opponents is that we serve the poor, while parties like the Congress only have cheated the poor. We have done so much for the poor in the country in just eight years, but Congress kept on giving the slogan of ‘Garibi Hatao’ for decades. Today even the renowned experts of the world are agreeing that due to the efforts of the BJP government, poverty is reducing rapidly in the country.”