Savani, who resigned from a senior position in the Aam Aadmi Party (AAP) in January 2022, was seen on stage with senior BJP leaders such as Union Cabinet minister Purshotam Rupala at a public meeting in Katargam to appease Patidar voters on Saturday. 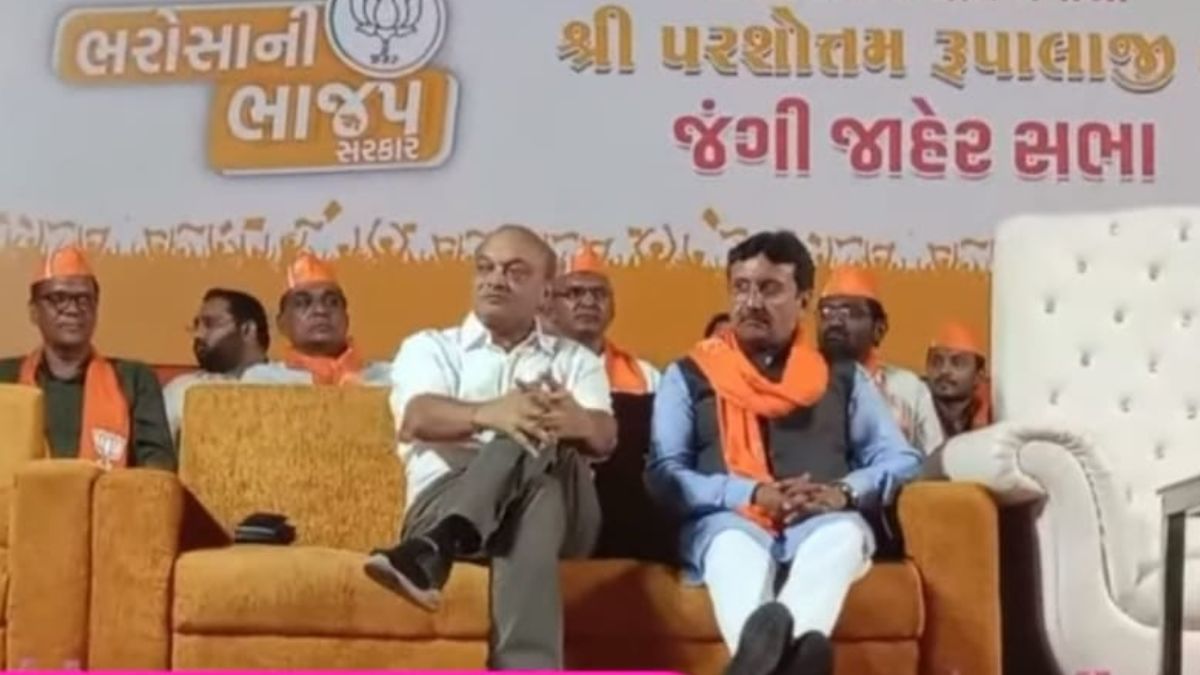 Savani, who resigned from a senior position in the Aam Aadmi Party (AAP) in January 2022, was seen on stage with senior BJP leaders such as Union Cabinet minister Purshotam Rupala at a public meeting in Katargam to appease Patidar voters on Saturday.

In Surat, businessman Mahesh Savani, known as the ‘Father of the orphaned girls,’ was inducted into the AAP party in 2021 by deputy CM Manish Sisodia, who runs a chain of educational institutions and a university.

After resigning from the AAP, Savani stated that he will continue to do social work in Gujarat and will not join any political party.

Interestingly, Savani was present as a special guest at Union Cabinet minister Purshottam Rupala’s election rally to support the BJP’s sitting MLA from Katargam, Vinu Moradiya. It is the same seat from which Gopal Italia, the fiery former leader of the Patidar quota agitation and Gujarat AAP president, is contesting.

“I have had family terms with Vinu Moradiya for the last two decades,” Savani said in his public speech.

He (Vinubhai) is from my Saurashtra village. He is a gentleman, and I have come to support and pray for his election victory. I went to Botad to campaign for the BJP’s Ganshyam Virani, a newcomer to politics who is doing a lot of good work in his constituency.”

It should be noted that Savani was a BJP activist. He was instrumental in organising the Patidar leaders’ felicitation in 2016, when the then-BJP National President, Amit Shah, faced stiff opposition from members of the Patidar Anamat Andolan Samiti (PAAS). Shah was forced to leave the venue after agitated PAAS employees threw chairs and yelled ‘Hardik, Hardik.’

Savani is regarded as the orphaned girls’ messiah. Savani organises mass marriage ceremonies for girls who have lost their fathers every year. Savani has been instrumental in marrying hundreds of orphaned girls in Surat over the last few years.

Yogesh Jadhwani, the AAP’s spokesperson, said, “He (Mahesh Savani) resigned from the party because his health was not keeping well. Since he is a businessman and social worker, he is preoccupied with other work and his health was of paramount important. When he joined AAP, he publicly stated that all industrialists must come out and join AAP and he was ready to take the bullet on his head. After many months, Savani is looking fine and healthy so he may have gone to support Katargam’s BJP candidate”