Gujarat Elections: In the BJP bastion, Ahmed Patel’s legacy serves as a ‘ray of hope’ for the Congress in Bharuch

Ahmed Patel was born in the village of Piraman in the taluka of Ankleshwar, near Bharuch.

Ahmed Patel may have been the poll strategist of Congress party for years, but the party never won the assembly seats in his home district of Bharuch since 1995 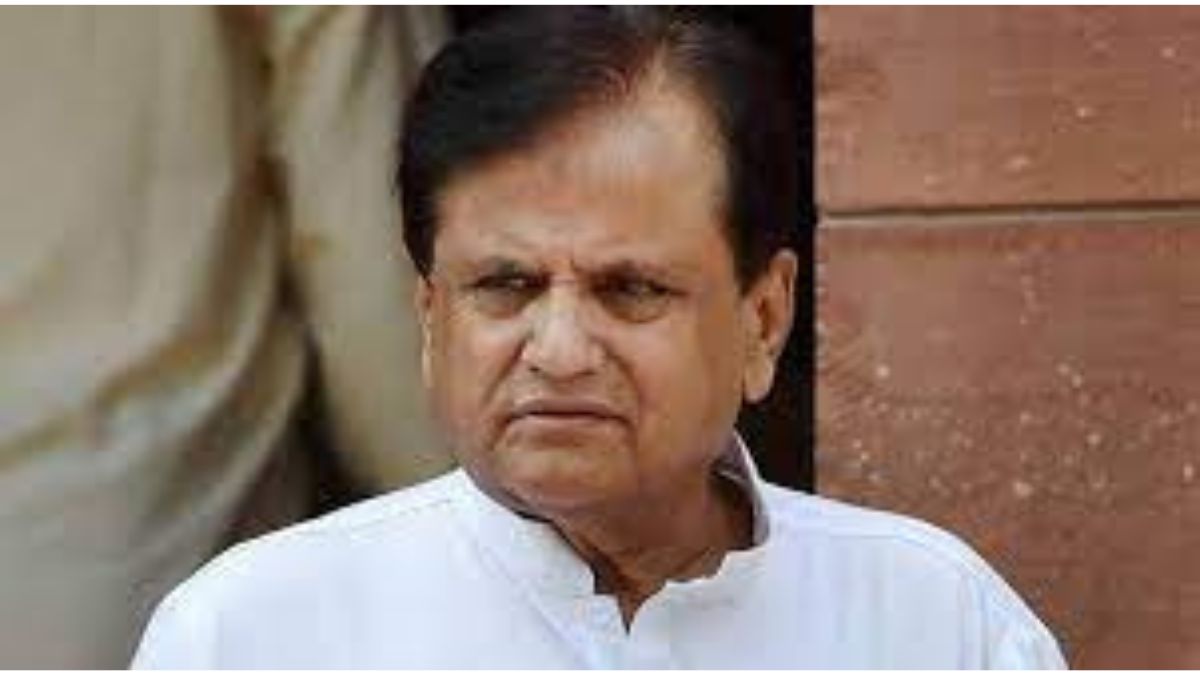 Surat/Bharuch: Even though Ahmed Patel, the senior Congress leader, and ace troubleshooter, died two years ago, his legacy continues to serve as a ‘ray of hope’ in his home district of Bharuch, where the party is contesting its first assembly election in Gujarat state without the Babubhai or AP, as he was affectionately known for decades.

Ahmed Patel was born in the village of Piraman in the taluka of Ankleshwar, near Bharuch. During the Gujarat assembly elections, Piraman village served as a one-stop shop for senior Congress leaders to gather and strategize against the ruling BJP. All roads used to lead to Piraman village for senior leaders, but in the absence of ace strategist Ahmed Patel, they have been rerouted to Ahmedabad.

The plush bungalow of the late Ahmed Patel in the middle of Piraman village remains deserted, with only a few of Patel’s former aides in the party paying a visit to Ahmed Patel’s daughter, Mumtaz Patel.

Ahmed Patel’s Piraman village is in the Ankleshwar assembly constituency, which has been a BJP stronghold for more than two decades. For the first time, the Ankleshwar seat, which stretches to Hansot near Surat, will witness a battle between two brothers. The BJP has chosen sitting MLA Ishwarsinh Patel to run for the seat, while the Congress has chosen Vijaysinh alias, Vallabh Patel.

Like Ankleshwar, the Bharuch assembly constituency is a stronghold of the ruling BJP since 1995. For the first time, the BJP dropped its three-term sitting MLA Dushyant Patel and fielded Ramesh Mistri.  In the last assembly election in 2017, Dushyant Patel defeated Congress candidate Jayeshbhai Patel with a victory margin of 33,090 votes.

However, the new entrant in Gujarat politics, Aam Aadmi Party (AAP) has turned the contest into a three-cornered one. In Prime Minister Narendra Modi’s home state, AAP is projecting itself as the main rival of the BJP, while the Congress is banking on the traditional votes from the minority, ST, SC, and OBCs in Bharuch.

With over 3,000 industrial units in and around Bharuch and Ankleshwar, there is a sizable migrant population, which includes a sizable proportion of migrant voters. Muslims make up roughly 38% of the total electorate in Bharuch, and the absence of a strong Muslim leader like Ahmed Patel may swing votes for the AAP party.

It was Ahmed Patel’s political strategies that ensured the BJP wins less than 100 seats in the assembly elections in 2017. Patel boosted the Congress party in 2017 to confront the BJP by seeking support from the Patidar quota agitation leader Hardik Patel, Alpesh Thakore, and Jignesh Mevani. Also, Rahul Gandhi’s bus yatra was an added advantage that drove Congress to win about 77 seats in the Gujarat assembly election.

Ahmed Patel, the Congress’ veteran leader, and troubleshooter, died two years ago. However, in this election season in Gujarat, he remains the party’s ace in his home district of Bharuch.

The constituency has a total of 2,55,324 electorates and it falls in the Bharuch Lok Sabha constituency which is represented by BJP MP Mansukhbhai Vasava. Bharuch is going to the polls in the first phase on December 1.

On the battleground, things are not looking good for both Congress and the BJP. The Arvind Kejriwal-led AAP has made inroads in the Bharuch district for quite some time now and the party is expected to eat up the votes of both Congress and the BJP in the three-cornered contest. Also, the BJP has a little disadvantage in dropping its senior sitting MLA Dushyant Patel, and nominating Ramesh Mistri.

Ramesh Mistri has a strong background in the Vishwa Hindu Parishad (VHP) and he won on the BJP ticket from the Bharuch assembly constituency in 2002.

On the other hand, the AAP candidate for the Bharuch assembly seat Manhar Parmar is a new entrant in politics and is confident about his victory. “I have been doing door-to-door campaigning in Bharuch telling the voters about the success of Arvind Kejriwal’s Delhi model and how they are giving free electricity, free education, free medical treatment, etc. This time people want to change (parivartan) from the 27 years of BJP’s rule in Gujarat” said Parmar.

Parimalsinh Rana, president of the Bharuch district Congress committee said, “We are banking on the rural and semi-urban voters in Bharuch district. The party is making fewer efforts in the urban areas, which are the stronghold of the BJP. We are missing our leader Ahmed Patel, but people in Bharuch still remember his love and affection”

Marutisinh Atodariya, Bharuch District president of BJP said, “AS far as I can see, AAP is nowhere in the picture, not only in Bharuch district by across Gujarat. For the first time after Independence, we are going to make history by winning the Jhagadiya assembly constituency”

Resilience and innovation are the cornerstones for tech expert, Rajendra Upadhye, who successfully launched RU Enterprises