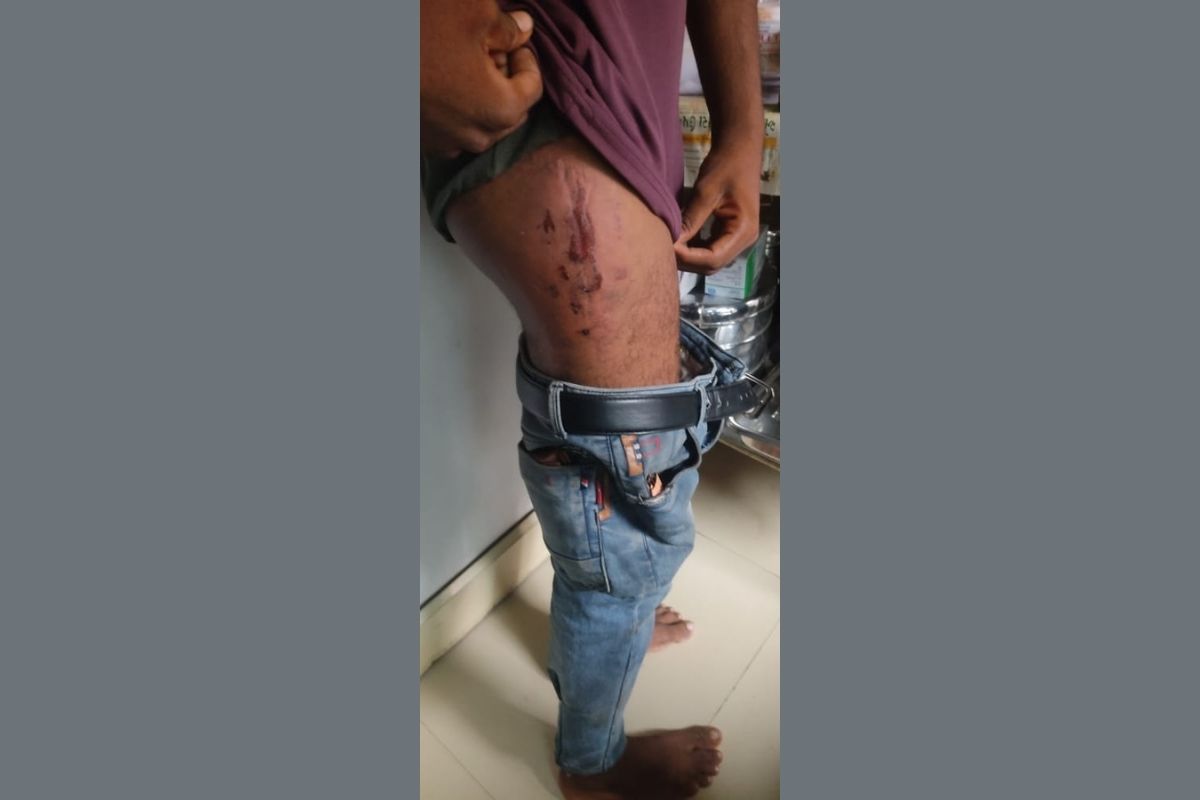 Dang (Gujarat) [India]: Eight young tribal farm labourers returning to their native villages in the Dang district were thrashed by security guards and police officers at Ahmedabad’s Geeta Mandir bus station, accusing them of being members of the Dawood Ibrahim gang.

On the night of July 7, the youngsters were waiting to board a State Transport bus from Ahmedabad’s Geeta Mandir bus station to the Dang district. The bus station security guards demanded that they check their belongings and discovered scissors. The guards then informed the police about suspected youths who were members of the Dawood Ibrahim gang.

The young tribal farm labourers arrived in Ahmedabad from Kutch, where they are employed as the labourers in the pomegranate farm. The victims explained the guards and the police that the scissors are used to cut the pomegranate fruits in the farm and they are labourers, not terrorists.

Despite of their pleadings, the police and security guards badly thrashed the tribal youths. Not only this, the cops shot their video while the tribal labourers were badly beaten up and showed it to their colleagues in the police station.

The victims managed to escape from the spot and reached Dangs through private mode of transport on July 8.

When the health of the victims deteriorated on reach their villages, they were shifted to the Ahwa Civil hospital for treatment. The Dang police took the statements of the victims and the MLC was performed by the civil hospital doctors. It remains to be seen whether the government is sensitive to such kinds of brutal attacks on the tribal community.

The tribal leaders in South Gujarat, especially in Dang have demanded a high-level inquiry into the entire incident.

SGCCI first in India to start certification and diploma courses