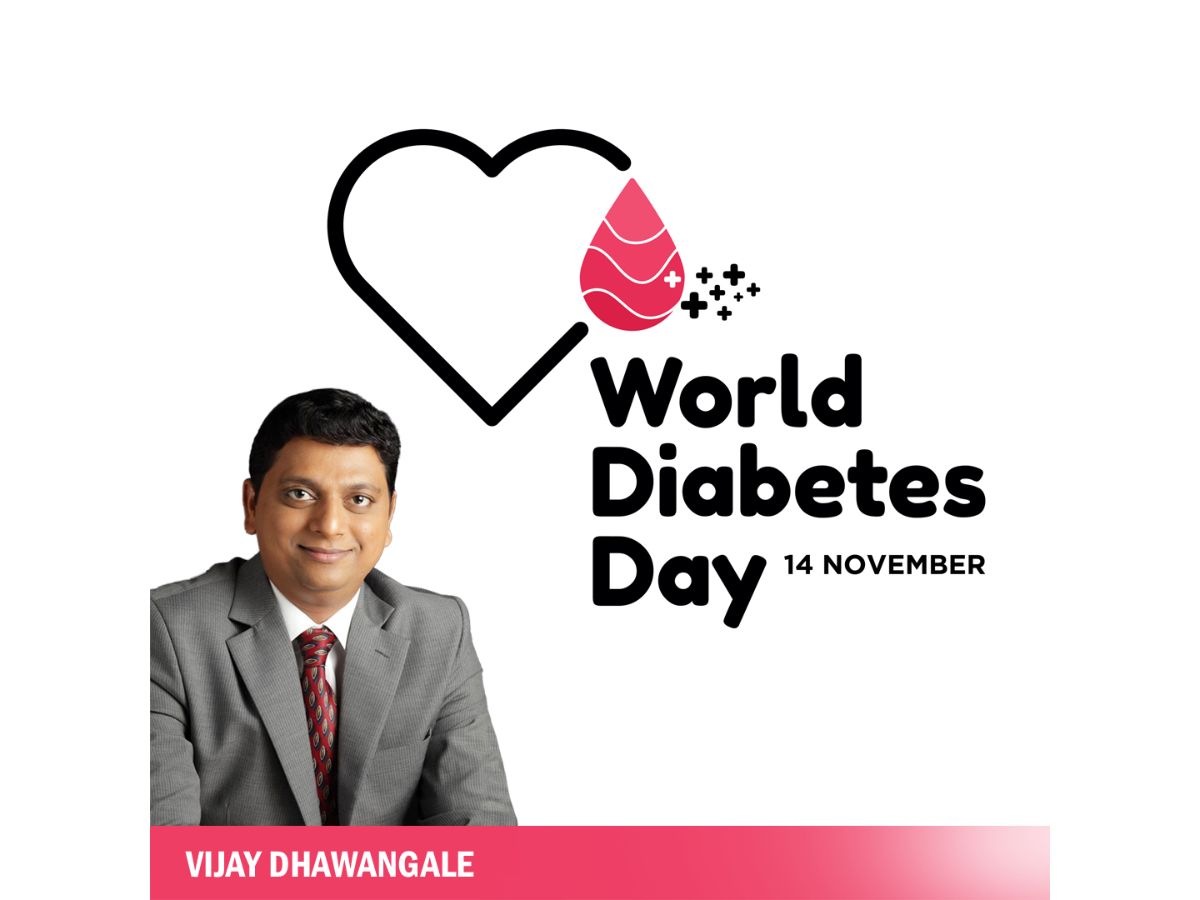 Countless lives can be saved and disabilities avoided if only governments would take action. Together, we can make the adjustments now that will save future generations’ health.

In India, diabetes represents a significant public health challenge as one of the leading non-communicable diseases. Many people with diabetes still end up with catastrophic complications like heart disease, stroke, amputation, blindness, and dialysis, despite advances in early detection and treatment. Type 2 diabetes, the most common form of the disease, is characterised by the gradual onset of symptoms in late adulthood and is associated with lifestyle factors such as inactivity, smoking, and obesity. Global Healthcare Advisor Vijay Dhawangale claims that whereas diabetes was once seen as a disease primarily affecting the wealthy, its prevalence in middle- and lower-class urban populations in India suggests that this perception may be changing.

On the eve of World Diabetes Day, Vijay spoke at an online conference hosted by the healthcare and wellness committee of the Global Association of Government Service Providers. He stressed the importance of nutrition and exercise in maintaining healthy blood sugar levels and avoiding complications. Eye difficulties, ulcers and infections in the foot, high blood pressure and cholesterol issues, kidney, heart, and other organ problems can all arise from uncontrolled diabetes. Long and healthy lives are possible for people with diabetes of any kind who manage their condition well in terms of blood sugar, cholesterol, and blood pressure. Vijay argued that all diabetics need access to information and resources to help them control their condition.

Vijay notes that diabetes, a metabolic disorder, has reached epidemic proportions around the world. It threatens not just people’s health, but also country economies and social order. About 415 million individuals had Diabetes in 2015, and this number is projected to climb to 642 million by 2040, as reported by the International Diabetes Federation. When it comes to global threats to human health, the United Nations ranks diabetes as the most pressing issue at the top of the list, ahead of even infectious diseases. China and India have also reported very concerning rates of the chronic condition, so it is no longer just a problem in the developed world. By 2025, it is expected that there will be 300 million people with diabetes worldwide.

India has the highest diabetes prevalence rate of any country. By 2025, the number of Americans with diabetes is projected to reach a worrisome 69.9 million, and by 2030, that number is expected to rise to 80 million. This means that the emerging nation can anticipate a growth rate of 266%. Recent data reveal that 28% of city dwellers are diabetic, while only 5% of rural residents are positive for the disease.

The public’s growing worry over the diabetes epidemic has led many to believe that those in positions of power are not doing enough to stem the tide of this non-communicable disease. Vijay Dhawangale claims that the bulk of diabetes cases can be avoided by investing in education and prevention.

Vijay Dhawangale is a world-renowned healthcare expert, investor, venture capitalist, mentor, and philanthropist. He is involved with a wide variety of non-profits, both domestic and international, since he feels strongly about giving back to the world. Deeper tactics for implementation at the local and state levels are important to his model of Preventive Diagnostics Programs around the world. The programme makes available, at no cost to patients, a set of vital diagnostic services provided by state-run clinics that use cutting-edge, cost-effective equipment. The issue of universal, high-standard healthcare provision is one he frequently discusses.