Zikrr's journey began in 2012, a year when the world was filled with scepticism and speculation about its end 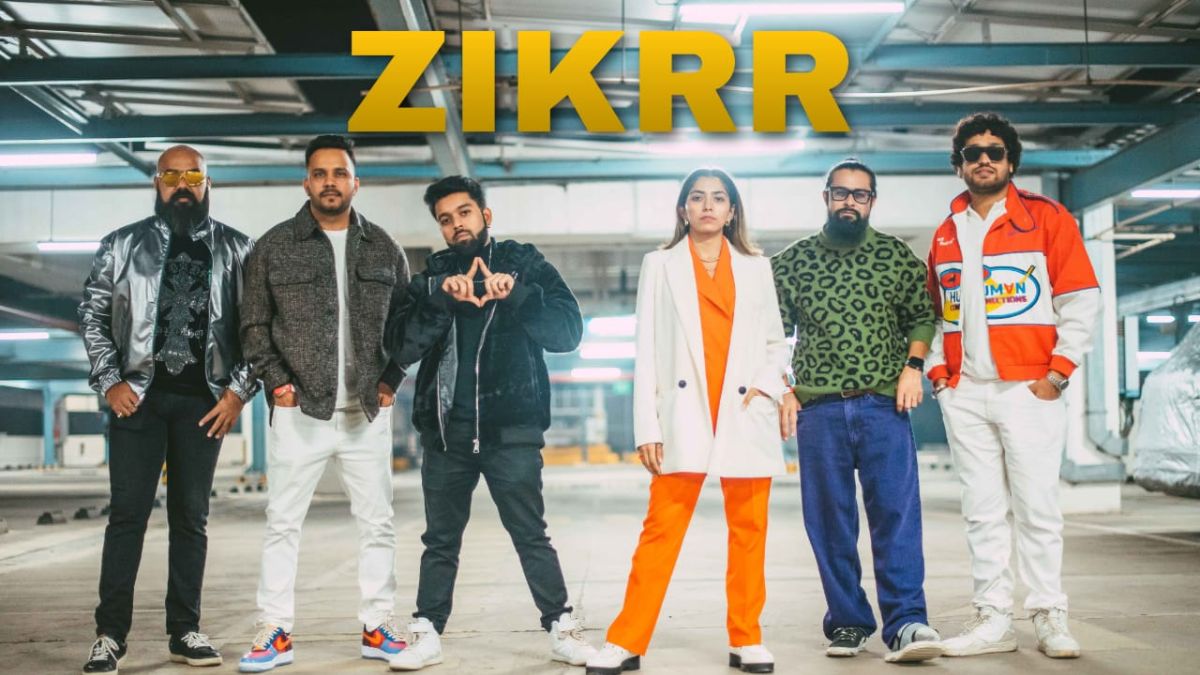 New Delhi (India) :  For centuries, music has been used to escape the mundane and enter a state of emotional euphoria. An art form that has found a way to transcend social class and become a source of joy for everyone who encounters it. From spoken words to Classical Symphonies to Haunting Operas to the eccentricity of Rock Music, the journey of Music spans centuries and variations.

Today, we talk about the journey of a group of people who embody the true meaning of music, Delhi’s own Zikrr. The band is widely regarded in the music industry as one of the best Hindi Rock Bands to have graced the country’s musical stages. By definition, they are a Hindi Rock band, but they are not afraid to experiment and venture into uncharted, experimental genres in order to provide their listeners with a musical experience to remember.

Zikrr’s journey began in 2012, a year when the world was filled with scepticism and speculation about its end. A dream was being realised somewhere in the southern part of India’s capital. Mohit Sharma, the band’s founder/bassist, went to a musical school with some of his friends and decided to form a band. They practised and began their musical journey on December 5, 2012, at the now-closed Tryst Music Café, thus beginning their own tryst with destiny.

Over the last decade, the band has grown by leaps and bounds. The journey from being a bunch of newbies going door to door for shows and stages and asking their friends to come see them play live at those shows to being one of the most followed bands in the scene has been long but fruitful. Zikrr has seen some significant changes in its members over the years, which is unavoidable given that everyone has their own journey to take. The current lineup has been around for the better part of a decade and has become synonymous with the name Zikrr.

Zikrr is a 6-piece ensemble consisting of the following individuals who rock it on stage:

On December 5, 2022, Zikrr celebrated its tenth year on stage, an incredible achievement given the volatile nature of the industry they are a part of. Throughout the years, the band has had the opportunity to perform at over a thousand shows around the world, as well as share the stage with some of their idols.

The members of Zikrr refer to themselves as a family, and like any other family, each member has their own quirks, traits, and talents that make them a stand-out entity when their combined talents are considered. They’ve all come together to be a part of Zikrr, abandoning some extremely well-established fields of employment and education in order to pursue their passion for music and be known and identified for it alone. The family includes not only Zikrr members, but also its Listeners, Fans, Friends, and Support Systems, who have helped make Zikrr what it is today. Some, We have remained committed to our music since our first day as a band.

‘Music Jiska Zikrr Ho,’ is their unwritten yet understood motto, and it is because of this music and the love they’ve received over the past decade that they are who they are, An Extremely Remarkable Band.

As Zikrr begins a new chapter in its musical journey, we wish them all the best in their future musical endeavours.

Zikrr also has an artist management division called Zikrr Music Project, which provides a platform for talented and deserving artists to ply their trade.

Zikrr is gearing up to make a splash in the coming year with a slew of new music releases. Recently, Vidhi Tyagi, the Band’s female lead lent her voice to ‘Ehna Akhiyan’, a song from Ammy Virk’s Movie, ‘Oye Makhna’. Zikrr can be found on the following media platforms: Instagram: https://instagram.com/zikrrtheband?igshid=NDk5N2NlZjQ= Twitter: https://twitter.com/zikrrtheband?igshid=NDk5N2NlZjQ=