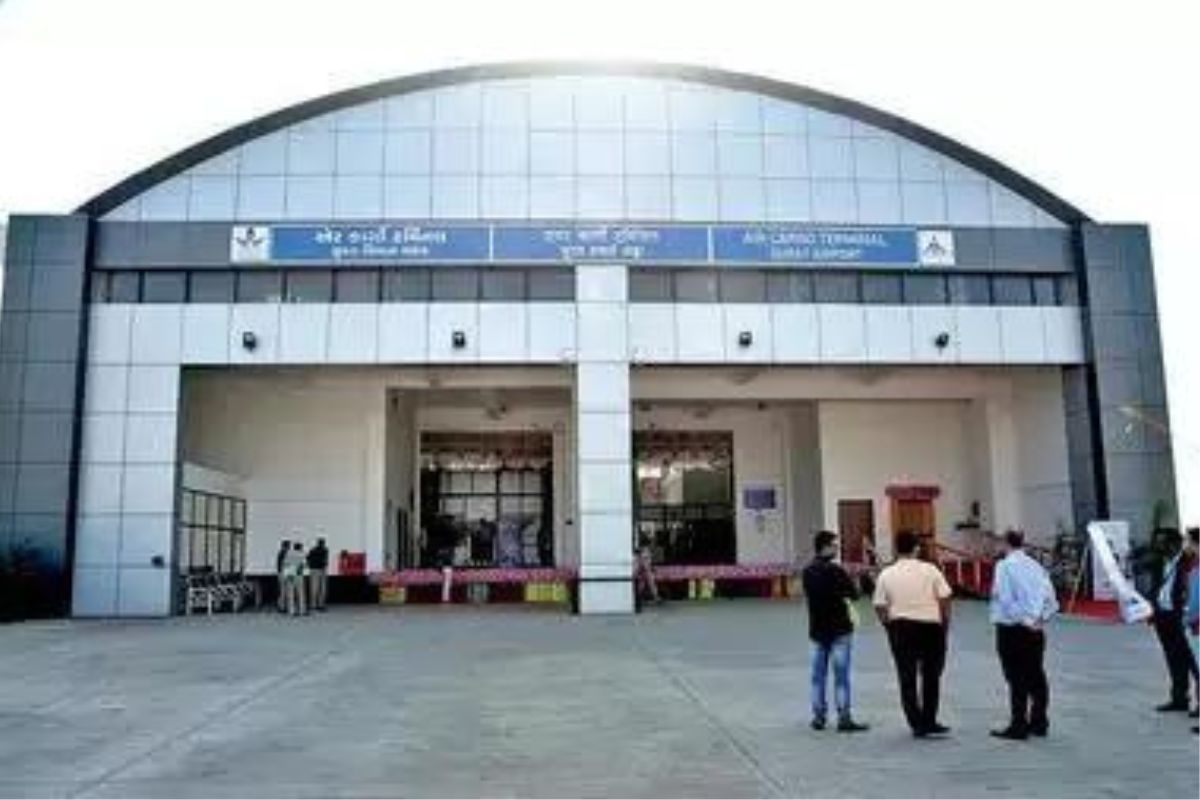 Surat: Surat International Airport’s Domestic Cargo Terminal (DTC) was officially opened in January 2020 with much fanfare by AAI Cargo Logistics and Allied Services Limited (AAICLAS). Surat Airport’s DTC has joined the ranks of the country’s 19 other airports where less than 20% of their installed cargo handling capacity is being utilized in only two short years.

In response to a request for information made under the RTI Act, AAICLAS reported that the total installed cargo handling capacity at airports across the country is 35.20 lakh metric tonnes. Airports in Patna and Pune use all of their available capacity, whereas the remaining eleven—Ahmedabad, Bagdogra, Bhubaneshwar, Chennai, Goa, Indore, Kozhikode, Port Blair, Raipur, Varanasi, and Vijaywada—use only 20%-50%. But Surat and the other 19 airports are only using about 20% of their cargo capacity.

The DTC at Surat airport was built at the cost of Rs 13 crore on 1,400 square meters of land having the installed capacity of handling 50,000 metric tonnes of cargo per annum. The cargo terminal is equipped with state-of-the-art facilities for handling inbound and outbound cargo. The terminal has two strong rooms for valuable cargo, two dangerous cargo rooms, and four cold storages for handling general goods, valuables, perishable items, hazardous cargo, etc.

Interestingly, post-Covid-19 the AAICLAS officials deployed at the Surat airport have not conducted physical meetings with the trade organisations and business people in Surat. A few virtual meetings were held but they were of no use.

Moreover, the Gems and Jewellery Export Promotion Council (GJEPC) submitted a representation to AAICLAS requesting to start the customs clearance of the precious jewellery and loose diamonds. If the diamond industry is provided with the facility, the diamantaires and jewellery manufacturers would not require to send their valuables to Mumbai for export.

Under such circumstances, the AAICLAS will have to rethink its plans for setting up an international cargo terminal with depleting cargo movements from the Surat airport.

Know about the 10 successful startups in 2022