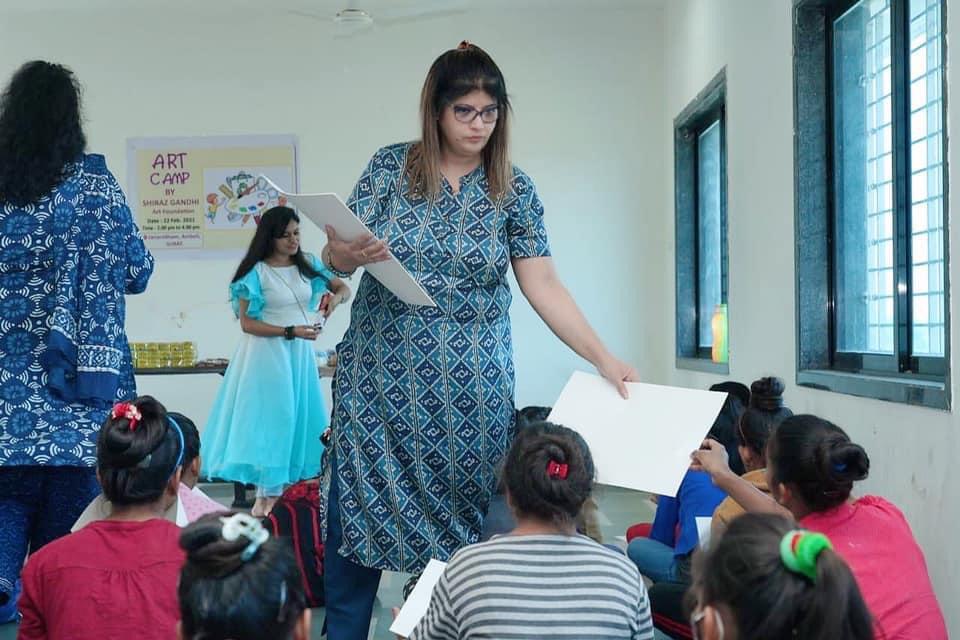 Surat: When the Parsi community is celebrating the Navroz, Parsi New Year, many in the city may not be aware that the sculptor and mural work at India’s first fire temple of the Parsi community at Udvada and the well-known Parsi apartment complex in Mumbai’s Dadar known as ‘Della Tower’ have a Surat connection.

The prominent Parsi mural and sculptor artist from Surat, Shiraz Gandhi has contributed immensely to the construction of India’s first Parsi Agiyari (fire temple) at the Mecca of Parsi community in Udvada and the well-known Della Tower in Mumbai’s Parsi colony at Dadar.

India is known for its unique blend of art and culture.  The art and culture of India are famous all over the world.  Many Indian artists are taking this heritage of India forward.  At the same time, Shiraz Gandhi of Surat is also one of those artists who have contributed immensely to taking Indian art forward

Talking with TBT, Shiraz Gandhi said, “When I was pursuing fine arts, I used to participate in exhibitions with my college friends with my sculptors and mural works. The visitors would appreciate my work and this is where I got the inspiration of doing something unique”

Describing sculptors and murals, Shiraz Gandhi said that murals are called 2D paintings or embossed artwork done on the walls, whereas sculpture is such an artwork that you see outside the statue or an abstract statue.

There was not much scope in the field of arts in Surat, some one-and-a-half-decade ago.

Gandhi said, “When she finished college in Surat, there was no opportunity for her to earn a living. Rather, I decided to become a teacher or a small-time artist to earn a living. However, things have changed in Surat and the country as well”

Gandhi added, “The art lovers want to enhance the beauty of their homes, apartments, commercial spaces,  by keeping small paintings and mural arts. There is a phenomenal awareness seen among the people towards art and that they are adopting very fast”

Shiraz Gandhi is the founder of Shiraz Gandhi Art Foundation. Gandhi set up the foundation for the children from a poor background and make them understand the art. She has been teaching arts to the children of the government schools and the poor children residing in the slum areas.

“Our foundation’s motive is to spread awareness on the arts. We provide a platform to the poor and needy children who are bestowed with hidden talent” says Shiraz Gandhi.

In Surat, patients are treated for Rs 20 at the clinics’ set up by Jain Doctors’ Federation (JDF).