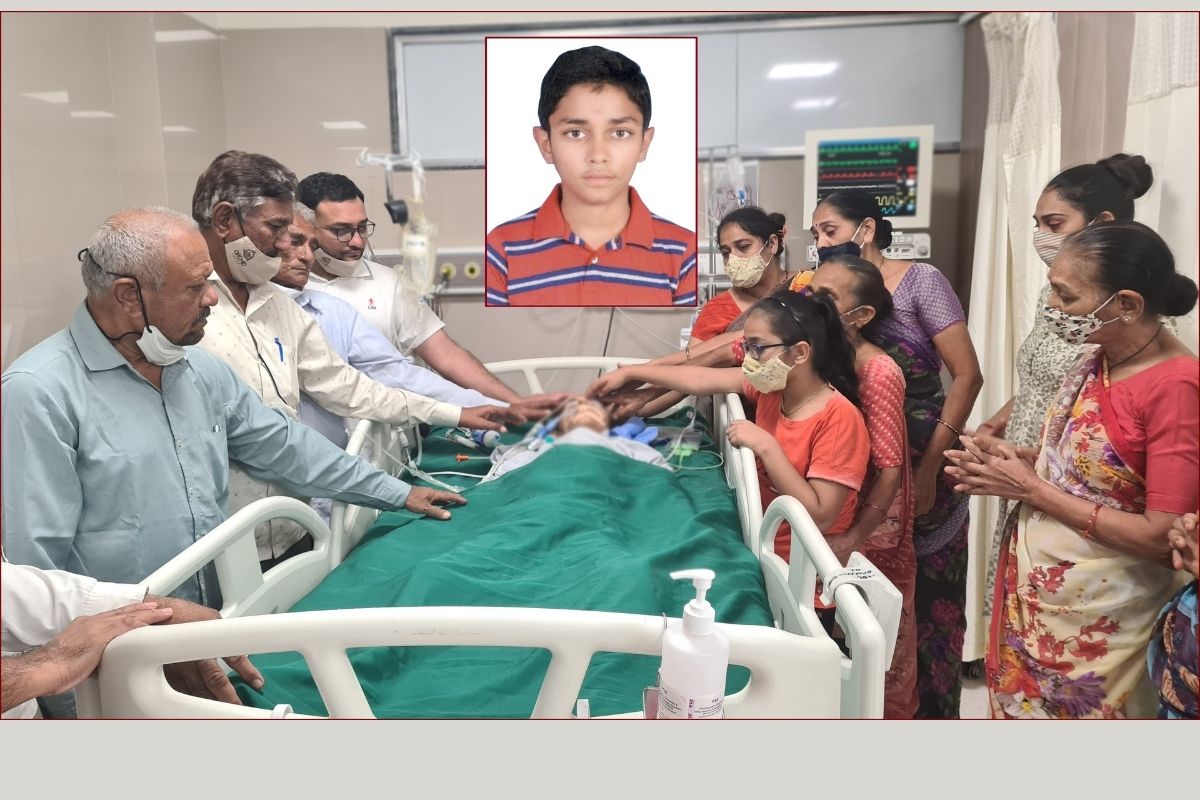 Dharmik Kakadia, a 14-year-old-boy was suffering from kidney disease for a long time and was awaiting transplant.

Surat (Gujarat) [India], October 31 : The diamond city of Surat recorded its first hand donation on Sunday as the family of a 14-year-old boy, who was on dialysis and waitlisted for a kidney transplant,  consented to donate his vital organs after he suffered brain death.

The family members agreed to donate the vital organs of the boy after they were counseled by the city-based NGO, Donate Life which saved six lives and facilitated the hand transplant in Mumbai’s Global hospital.

Dharmik Ajay Kakadia, 14, a resident of Rampark Society in the city’s Katargam suffered heavy vomiting, and that his blood pressure had gone up. He was rushed to the Kiran Multi-speciality hospital in Katargam where his CT scan report suggested serious brain hemorrhage and heavy blood clotting in the brain on October 27.

As there was no improvement in Dharmik’s health and that he was not responding to the medical treatment, the doctors at the Kiran  Hospital declared him brain dead on October 29.

The medical director of Kiran Hospital, Dr. Mehul Panchal contacted the founder and president of Donate Life, Nilesh Mandlewala for counseling the parents of the 14-year-old boy for donating his vital organs as he was brain dead.

Mandlewala and his volunteers met the family members of the ill-fated boy and convinced them to save the lives of others in need of organ transplants. Dharmik’s parents—Lalitaben and Ajay Kakadia—agreed for donating their boy’s vital organs as they had experienced the pain and agony of their child who was suffering from kidney disease for a long time and was on dialysis.

Mandlewala immediately contacted the State Organ and Tissue Transplant  Organisation (SOTTO) for the donation of the heart, lungs, intestines, liver, and hands.

Nilesh Mandlewala, founder and president of Donate Life told TBT, “This was the first hand donation from Surat. We salute the family members of Dharmik Kakadia, a 14-year-old boy for saving six lives by donating his vital organs”