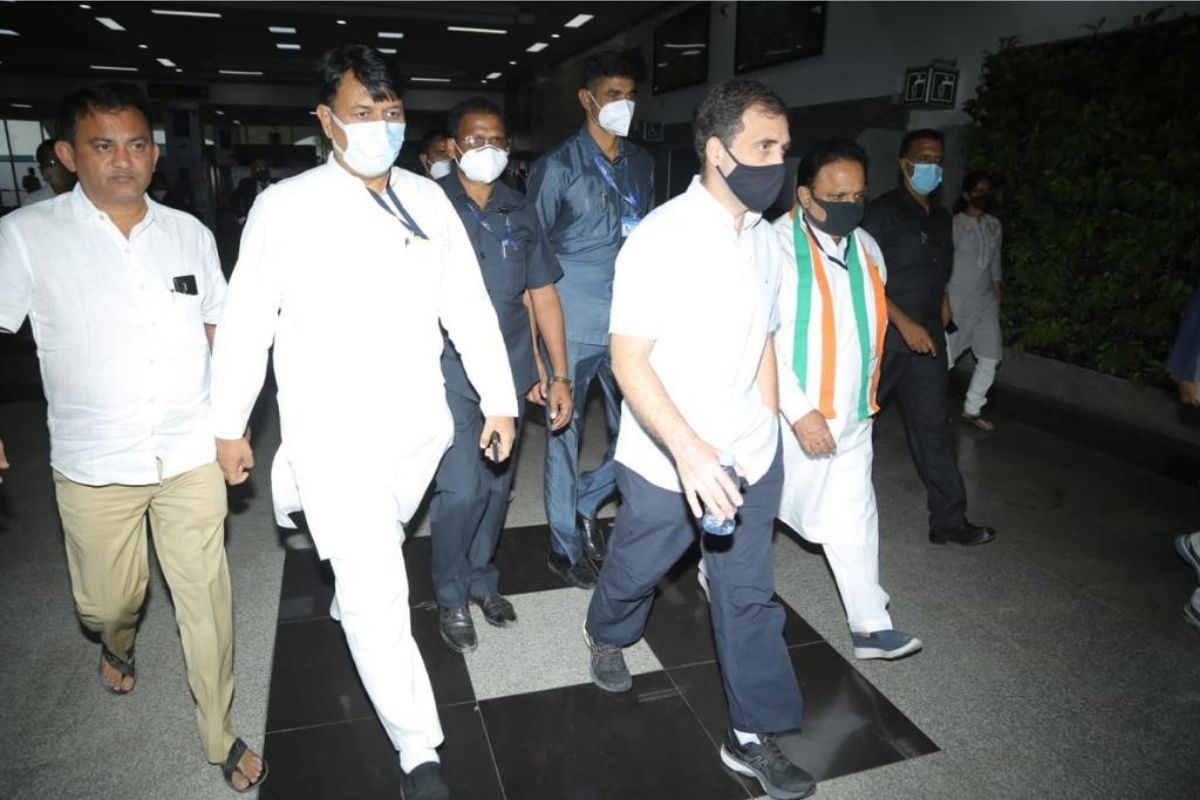 Surat: Congress leader Rahul Gandhi on Friday appeared in the court of the chief judicial magistrate, AN Dave at the Surat District and Sessions Court to record his statement in connection with the defamation case against him over his remark on the Modi surname during one of his poll rallies in Karnataka in 2019.

Sources said Rahul Gandhi pleaded not guilty in the court and stated ‘Mujhe Kuchh Nahi Pata’ (I don’t know anything). Kirit Paanwala, senior counselor, who appeared in the country on the behalf of Gandhi was not available for comments.

BJP’s heavyweight MLA from Surat (West), Purnesh Modi, who is now the cabinet minister in the Bhupendra Patel government, holding the important portfolios of transport, roads and buildings, civil aviation, pilgrimage development, and tourism, filed a complaint against Rahul Gandhi in April 2019 under sections 499 and 500 of the Indian Penal Code (IPC), which deals with defamation.

Modi filed the complaint immediately after Gandhi’s political jibe allegedly defaming the Modi community during the poll rally in Karnataka’s Kolar on April 13, 2019.

During his poll rally, Rahul Gandhi reportedly asked in his speech, “Nirav Modi, Lalit Modi, Narendra Modi…how come they all have the common ‘Modi’ surname. How come all the thieves have Modi as the common surname?”

The chief judicial magistrate had summoned the electoral officer of Kolar in Karnataka where Rahul Gandhi made the speech and the video recorder employed with the Election Commission to record his speech for giving their testimony in front of the Congress leader.