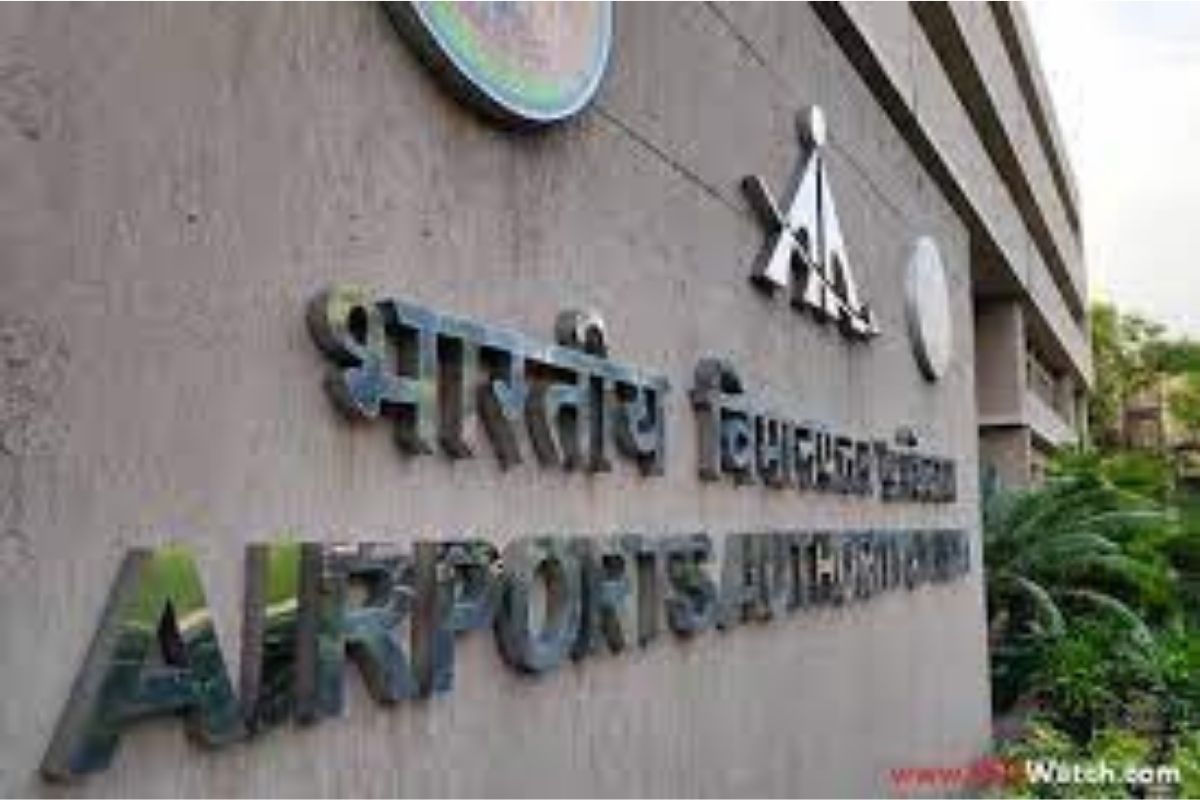 Surat (Gujarat) [India), October 28 : Senior Airports Authority of India (AAI) officials from the Western Region (WR) visited the Surat airport on Thursday to investigate Surat’s Airport Director, Aman Saini’s heinous act of humiliating and misbehaving with Air Traffic Control (ATC) officials on International Day of the ATC. The ATC Surat had filed a written complaint with the Air Traffic Controllers’ Guild (ATCG) demanding the transfer of Aman Saini from Surat for misbehaving with the controllers on duty.

Sources said the General Manager  (GM), Communication, Navigation and Surveillance (CNS), and GM (Engineering) from the WR of AAI visited the Surat airport to conduct investigations against Aman Saini on Thursday.

The Blunt Times (TBT) is in possession of the letter written by the ATCOs of the Surat airport to the ATC in Incharge regarding the incident on October 20. It is stated that APD Aman Saini came into the ATC tower along with VG Patil, HR Manager, Ashok Naoghare, in-charge HR, Vinod Parmar, HR officer, and Divyang from Electrical department when Paritosh Kumar, the controller who was on the channel in the tower along with other controllers.

APD Aman Saini stated that there was no such traffic and that ATCOs were showing themselves unnecessarily occupied and busy with the air traffic to avoided greeting her. She told that they came into the ATC tower to wish the controllers on the International Day for ATCO and started shouting with clapping in big noise saying ‘Shame on ATC’  and asked other officials who accompanied her to do the same.

Paritosh Kumar, ATCO told the APD not to disturb him and other controllers as they were busy with the air traffic management. SC Bhalse, in charge of CNS/ATSEP also came inside the tower and asked the APD to not pass such comments, which is causing psychological and emotional harassment to the controllers.

Saini’s ‘Once Bitten, Twice Shy’ attitude has landed her in big trouble after her verbal spat with the Air Traffic Controllers on the International Day of the ATC on October 20.

Saini fumed at the controllers saying they did not stand up to welcome the head of the Surat airport and allegedly shouted ‘Shame on ATC’.

Surat ATCO filed a written complaint with the Air Traffic Controllers’ Guild and demanded the removal of Aman Saini from the post of Surat Airport director for humiliating and misbehaving with the controllers.

The ATCG (India) had written to the Chairman of AAI on October 25 demanding the immediate removal of Surat APD, Aman Saini and debarring her from the APD cadre in the interest of Aviation safety and carrying out an investigation into the incident with the help of CCTV footage of the ATC tower and witnesses.

ATCG has said that the ATC department is already loaded with so many other non-ATC portfolios, which have been conveyed to almost all competent authorities from time to time. This increased stress is disturbing the work-life balance of the ATCOs, which in itself is a serious concern.

A senior officer of AAI said, “This is not the first time that the Surat APD has landed in trouble. Earlier, Saini has been involved in many such acts of misbehavior and humiliation to her subordinate officers. It is certain that this time around, APD Surat will face the music from the senior management in AAI for her heinous act”