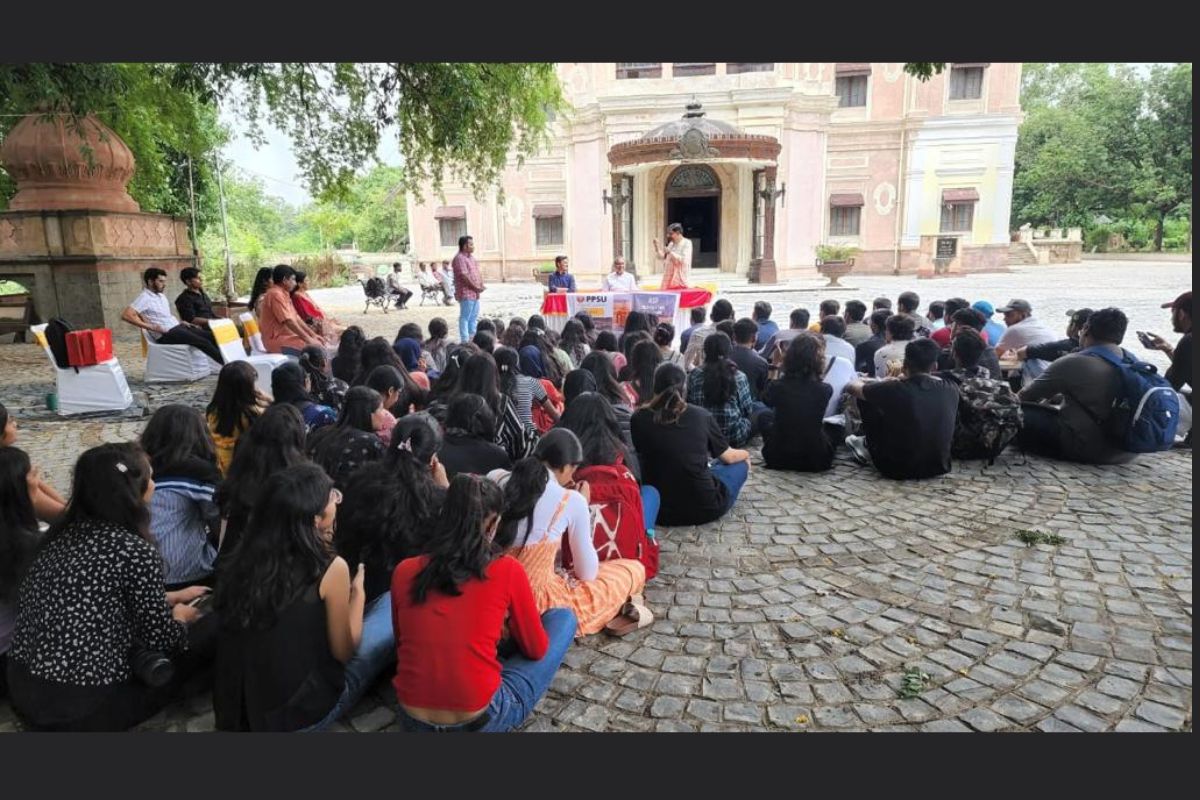 Surat (Gujarat) [India]: For the first time, students of the Bachelor of Architect and BJD program at the PP Savani University will be documenting the famous Lalbagh Palace in Indore, Madhya Pradesh.

The students visited Indore as part of the Related Study Program (RSP) between July 6 and July 11. Before taking up the documentation of the Lalbagh Palace, the students visited some of the important historic monuments and understood the intricacies of the construction and the craftsmanship.

Lalbagh Palace, is the former residence of the Holkar Maharaja of Indore State in Indore, Madhya Pradesh. Spread over 76 acres of land, the construction of the present 45-room palace happened in three phases. Starting with Tukojirao Holkar II in 1886, who acquired the property and was completed under his grandson, Tukojirao Holkar III in 1926.

The Lalbagh Palace is built in the Italian Renaissance Revival architecture style and it once had a 20-acre rose garden, while its main gates were modeled on those at Buckingham Palace by Triggs of Calcutta.

The students of PP Savani University were addressed by the descendants of the Holkar family—Shrimant Udaysinh Holkar and Shrimant Abhaysinh Holkar. The students have worked hard and completed the work of documents of the Lalbagh Palace and enjoyed the city by visiting many historic landmarks. Also, the students learned the principles of European Architecture and furniture during the RSP.

At Taywade public school, quality education is a priority

If your kids don’t already know it, school can be enjoyable for them