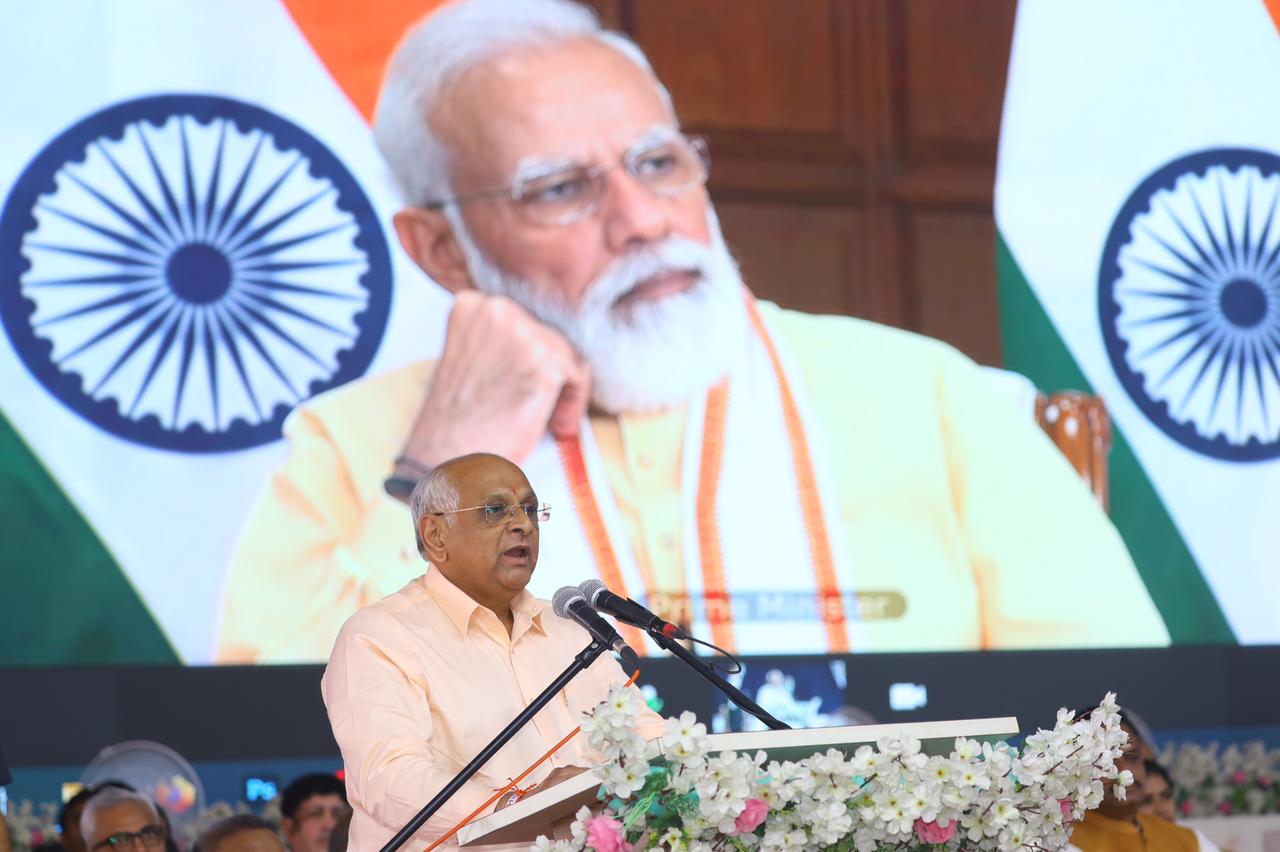 Surat: Prime Minister Narendra Modi laid the foundation stone of the country’s first state-of-the-art hostel project, which is the dream project of the Saurashtra Patel Seva Samaj, through the virtual platform from New Delhi on Friday.

The Rs 200 crore worth of the hostel project will take shape at the Valak Patiya in Surat district with ultra-modern facilities and infrastructure. The entire project has been designed and conceptualized by the Saurashtra Patel Seva Samaj.

Addressing the gathering, PM Modi recalled the contribution of the Saurashtrain Patel community in the field of education across Gujarat. PM Modi started with the example on how the Chhagan Patel started Sarva Vidhyalay at Kadi in Mehsana 101-years-ago, along with the leaders of the Patel samaj including Bikha Patel, Bhai Kaka, Mohan Lalji Patel, Nagin Patel, Sankalchand Patel, Ganpat Patel, and many others who contributed immensely to the education.

PM Modi stated that the hostel in Surat will inspire all to live according to the ideals of Sardar Vallabhbhai Patel, the sculptor of United India.

Later in the day, Chief Minister Bhupendra Patel dedicated about Rs 237 crore worth of developmental projects in the city and district on the Dussehra festival on Friday.

On his maiden visit to the diamond city, Patel expressed his confidence that the municipal corporations and the State government would work together to accelerate the pace of development in the cities and towns in Gujarat.

BJP President CR Paatil and Minister of State for Home, Harsh Sanghavi along with other dignitaries reached the Surat airport to receive Gujarat’s Chief Minister, Bhupendra Patel on Friday morning.

CM Bhupendra Patel dedicated and inaugurated Rs 172 crore worth of development projects of the Surat Municipal Corporation (SMC) and the Surat Urban Development Authority (SUDA). The E-inauguration of the girls and boys hostel at Mandvi and the girls Adarsh Nivasi shala at Mahuva, constructed at the cost of Rs 60 crore, six oxygen plants inaugurated in Surat city and district at the cost of Rs 5.54 crore, about 16 ambulances were flagged off, etc.

Addressing a gathering, CM Bhupendra Patel said, “During the coronavirus pandemic, the economic condition of the world’s superpower, America got deteriorated. But, under the leadership of Prime Minister Narendra Modi, India was successful in beating the pandemic, and that the pace of industrial development has continued”

According to Patel, Surat has done exemplary work to move forward with the pace of development by resolutely facing natural calamities and difficult situations. He advocated that other districts in the State must take inspiration from Surat’s development saga.

“A new height of achievement, which the State of Gujarat has achieved under the leadership of PM Modi is exemplified by the fame of the Statue of Unity (SoU) as the world tourist destination in the tribal hinterland like Kevadia,” said Patel.

Later in the day, CM Patel inaugurated the Wind Power plant at Sukhaman village’s Roha Nakhatrana site in Kutch district. The Windpower plant can generate 6.3-megawatt electricity and that the SMC has spent Rs 42.4555 crore for setting up the power project in Kutch.