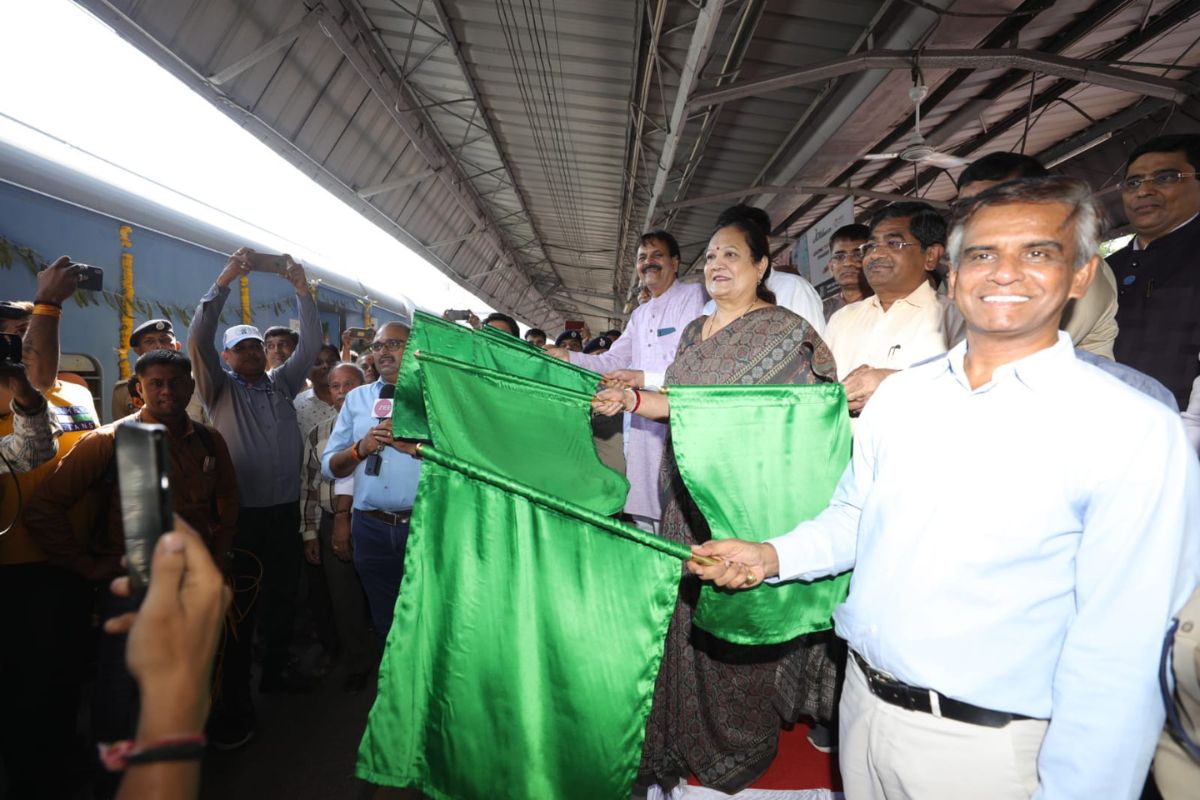 To fulfill the demand of people for additional train service from South Gujarat to the historical and cultural towns of Vadnagar in Mehsana and other such towns in the nearby areas, Western Railway has introduced a new daily Intercity train service between Valsad & Vadnagar via Ahmedabad & Gandhinagar.

The regular run of the Valsad-Vadnagar intercity daily express will start on November 4. The train will depart from the Valsad railway station at 5.45 pm to reach Vadnagar at 12.45 am. On the return journey, the train will depart from Vadnagar at 4.45 pm to reach Valsad at 12.35 am. The train comprises an AC chair car, a chair car, and general second-class coaches.

This new train service will meet the ever-growing demand on this route and will be of great convenience to people traveling for education, employment, and pilgrimage as well as for the benefit of passengers and tourists.

Vadnagar is located in the Mahesana District of Gujarat State. Vadnagar railway station is situated on the Mahesana – Varetha Broad Gauge line on the Ahmedabad Division of Western Railway. Vadnagar is a historically important town and forms part of the Vadnagar – Modhera – Patan Heritage Circuit.

Recently, Indian Railways redeveloped the Vadnagar station with aesthetically designed stone carvings. The entry and exit gates have also been architecturally designed and the circulating area has been provided with landscaping.