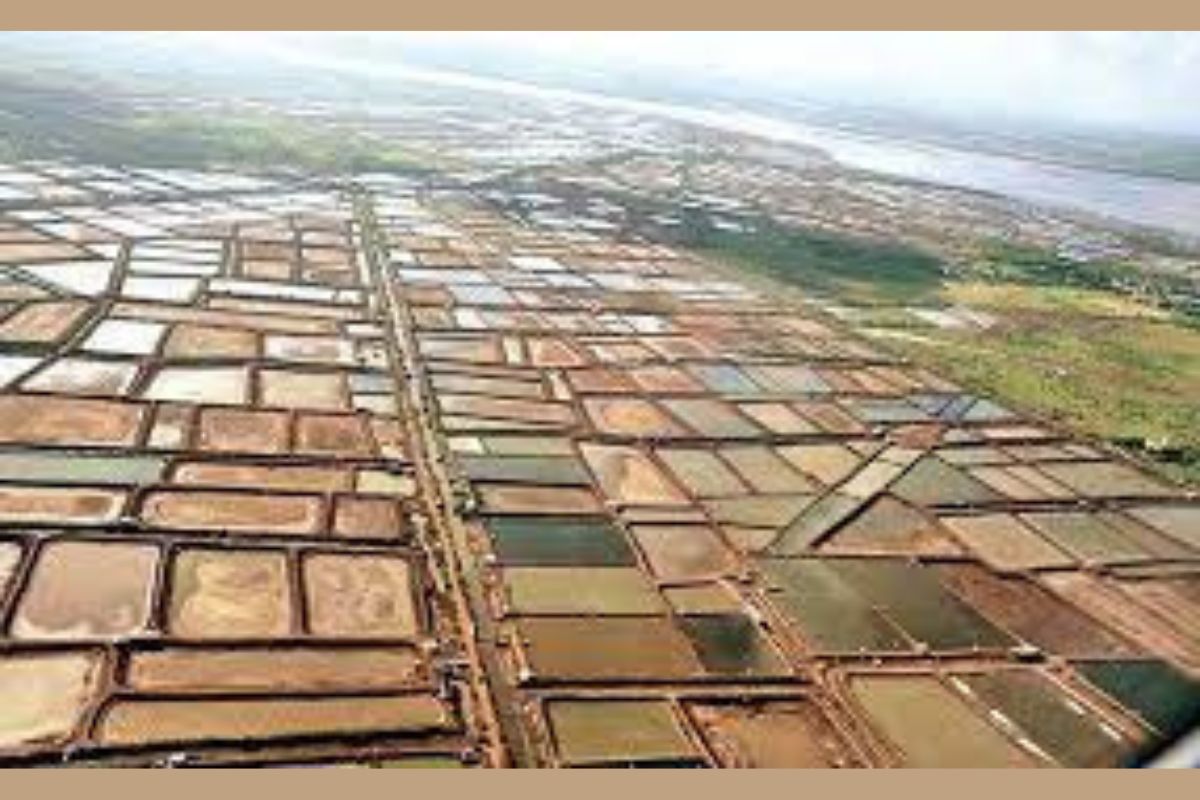 Surat (Gujarat) [India]: The Ministry of Environment, Forest and Climate Change (MoEFCC) has asked the Gujarat Coastal Zone Management Authority (GCZMA) to take action against those involved in the large-scale violation of Coastal Regulation Zone (CRZ) notification with the construction of illegal shrimp farms and salt pans in Surat and Bharuch districts respectively.

MHS Sheikh, president of Brackish Water Research Centre (BWRC) had written to the MoEFCC regarding the large-scale violation of CRZ notification in Surat and Bharuch districts, which has seriously impacted the environment and ecology along with the local population and their livelihood on August 24, 2022.

In his representation, Sheikh stated there is a large-scale violation of CRZ notification with the construction of illegal shrimp farms and salt pans in Bharuch district. Salt pans are running without CRZ clearance and new leases have been issued in Vagra and Jambusar talukas of Bharuch, which falls under the CRZ1A category for salt pans and some land parcels with master mappings is allotted in CRZ1B and CRZ1A for shrimp farms.

Similarly, there is a large-scale violation of CRZ notification by illegal shrimp farms in Bharuch’s Hansot taluka. The District Collector of Bharuch used his good office to cancel the lease of such illegal farms on paper, but the shrimp farming is going on unabated and blatantly violating the CRZ notification.

In Surat’s Olpaad and Choriyasi taluka, about 5,500 hectares are illegally occupied for shrimp farming, violating the CRZ notification. Some CRZ1A and CVCA areas are still illegally encroached on and operating despite court orders and judgments.

Sheikh wrote that the GCZMA is a mute spectator in all the events and is not bothered to issue orders to the district collectors to remove the illegal shrimp farms and salt pans from the CRZ areas. GCZMA allegedly allotted land for slat pans in approximately 40 square kilometer areas falling under the CRZ1A and CVCA.

The island of Kadiya bet in the Tapi river and the island of Jungi in the Gulf of Kutch turned into shrimp farming destinations in utter violation of CRZ notification. The shrimp farms have caused massive destruction of mangrove, but the GCZMA took much time to act resulting in the loss and destruction of the entire CRZ area with loss of ecology.

According to Sheikh, the GCAMA has all the relevant documents, maps, photos, materials, records, and proofs of the major 10 CRZ violations in Gujarat.

How Merlinwand revamped the art of storytelling with customized storybooks for children?