In Maharashtra and Surat, the textile industry opposes the GST Council’s repeal of the inverted duty structure in January 2022 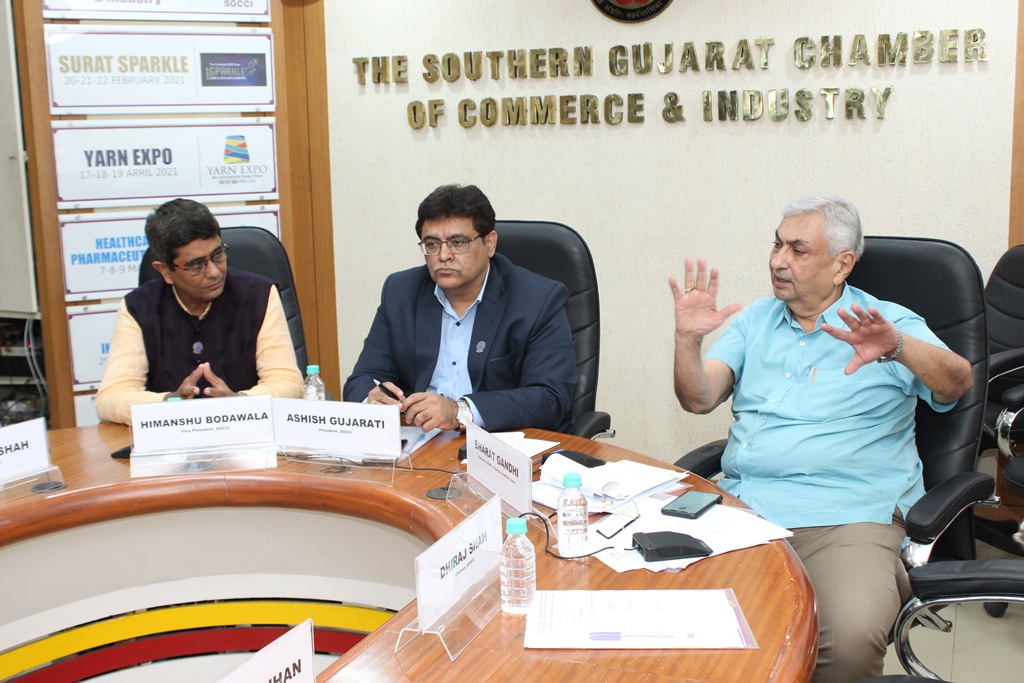 On Thursday, the Southern Gujarat Chamber of Commerce and Industry (SGCCI) organised a virtual meeting of the textile entrepreneurs to discuss the proposed move of the GST Council. The power loom weavers and traders from Ichhalkarani, Bhiwandi, and Malegaon centers joined the meeting and collectively opposed the removal of the inverted duty structure.

Textile entrepreneurs stated that the removal of an inverted duty structure will hugely impact the textile sector. The reason is that when the refund scheme was introduced in August-2018, every assessee had to reverse its accumulated Input Tax Credit (ITC) to get the refund.

Ashish Gujarati, president of SGCCI told TBT, “If the government intended to remove the inverted duty structure in textiles, then why the reversal of ITC was made compulsory for the textile industry in July-2018”

Gujarati added, “The textile sector is fine with the 5% GST on fabric and that the entrepreneurs and traders do not want to change the tax rate at any cost. The removal of inverted duty structure will do more harm than good”

GST Council has proposed that correction in inverted duty structure would come into existence from January 1, 2022, hence the textile industry should place its representation before the Council that the reversal of ITC made by them in July-2018 either should be reallowed to them or any alternative solution should be provided to mitigate the said reversal loss.

Surat’s Shree Ramkrishna Exports’ (SRK) diamond crafting facility has been listed in the top six ‘green’ buildings in the world.

Dishant Mehta selected for the National Aquatic Competition to be held in Bengaluru.