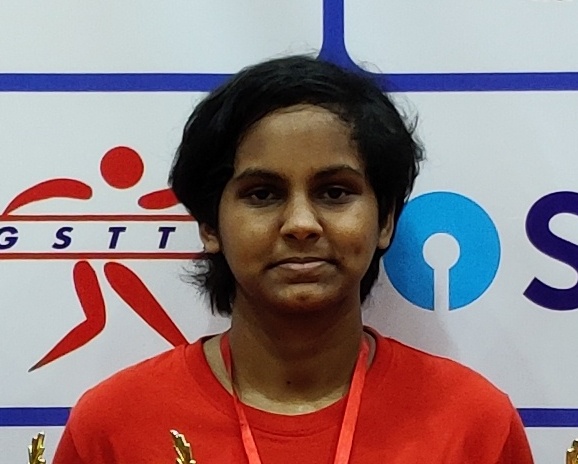 The tournament, supported by Shivam Developers and Rotary Club of Valsad and will be played at the Nagar Palika Sports Complex Indoor Stadium, where the future of table tennis is in action at the Gujarat State Table Tennis Championships 2021 (Hopes U-11) will be witnessed.

“We are all set for our fourth state tournament of the season and I wish the newly formed body of Valsad District Table Tennis Association all the best for the success of the tournament,” GSTTA president Mr. Vipul Mittra, IAS said. “After getting into the groove, we will see some of our top-up and coming players in action in the tournament,” Mittra added.

“While the Cadet (U-13) and Sub Junior (U-15) categories will be in limelight, it will be interesting to see our under-11 players in action once again as they will vie for a place in the state team for the first-ever National Championships,” GSTTA chairman Milind Torawane, IAS, noted.

Himansh, the top-ranked state player in the Boys’ U-15 category, will be in the limelight as he would like to make amends for his semi-final loss at the 1st Gujarat State Ranking Table Tennis Tournament 2021 (Phase I) at Modasa. However, the talented youngster from Ahmedabad will need to keep his guard up against the likes of Aayush Tanna of Surat, who had won the title in Modasa, Aravalli’s Harshvardhan Patel, Ahmedabad’s Aarya Kataria, and an unsuspecting but equally dangerous Vivaan Dave of Surat.

Surat’s Arnee, the top-ranked player in the state in the Girls’ U-15 category, will hope to change the script against defending champion Nidhi Prajapati of Ahmedabad but will have a battle in hand against the likes of Ahmedabad’s Pratha Pawar, who seems to have hit right note this season, and Moubini Chatterjee, Bhavnagar’s Riya Jayswal among others.

Aarya, who is currently leading the ranking in the Boys’ U-13 category, will be hoping to better his fourth-place finish at Modasa. But defending champion Sujal Kukadia of Bhavnagar, who is now fourth in the state rankings, will surely not give up his crown with ease. The duo, however, will need to keep an eye on Vivaan, who is currently second in the state rankings and more than capable of upsetting the equations.

Pratha, the current top-ranked player in the state in the Girls’ U-13 category, will be looking to repeat her Modasa performance but she will need to guard against any complacency against the likes of her Ahmedabad teammates Moubini, Hiya Singh, and Jiya Trivedi.

Donate Life pay tribute to organ donor with ‘My Stamp’ initiative of the Indian Postal department.