Abraz Khan gears up for his Bollywood Debut 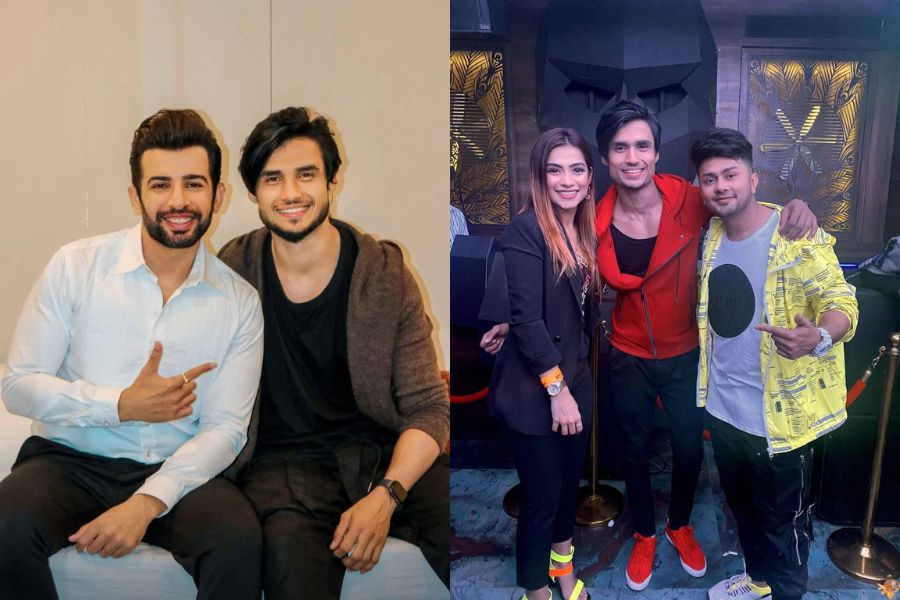 Mumbai :  Indian Influencer Abraz Khan has his hands full. The 23-year old Influencer is making his acting debut in Bollywood alongside Hindola Chakravorty in the Aslam Khan -directorial, scheduled for release on January End.No stranger to the nuances of the camera as is evident by the reels he makes for his social media, Abraz admits that acting comes naturally to him. When I went to the set, they taught me to dance; I picked it up easily. I was asked to dance for a specific scene, so I did it honestly, played my part and enjoyed it. I was confident that I could pull it off,” he says. And even though it is a small part, he hopes “my fans like me in this new avatar”. The script, which deals with body-image issues and society’s perception of beauty, was what motivated Abraz to take on the role. “When this opportunity came to me and I heard the story, it made a deep impact on me. The Music Video aims to deliver a healthy message to society and has the potential to start a conversation. This is a lovely message for the whole society, and I hope a lot of young girls and boys will keep pursuing their dreams no matter what,” he says.

Filming scenes with established actors can be daunting for some newbies. One of my favourite pastimes is to watch good, entertaining films. This is a different new life altogether; it was a shoot for 8-9 hours and I really enjoyed shooting with the crew and the team. Everyone at the set was very supportive and the director of the music video and co-actor Hindola Chakravorty were warm and kind throughout the shoot,” he shares. In addition to sharing a love for acting, Arbraz and Hindola are very humble, happy and a good-hearted person. We had a good banter and enjoyed the shooting schedule in truly Desi style. She made sure that I’m comfortable and gave me some acting tips, too. She is still a good friend of mine,” he shares.

Abraz Khan was born on 8 January 1998 in Udaipur, Rajasthan. His age is 24 years (as of 2022). His zodiac sign is Gemini. He completed his primary schooling from his hometown. After that, he took admission in college to complete his graduation from Udaipur. Arbaz was born in an Islamic family. His father’s name is Md Iqbal Khan . His mother’s name is Bilkis.

Abraz has gained a huge number of fans on his Instagram account. He regularly uploads videos and photos and his profile is also very engaging. People love his comedy videos and he gets so many likes and views.

The net worth of Abraz is estimated to be about 6-8 million approx (as of 2022). The primary source of his income comes from modelling, commercial ads, and content creation, YouTube and brand promotions.

Some exciting facts about Abraz

* Arbaz was born and brought up in Udaipur, Rajasthan.

* He became popular among people by sharing short videos on TikTok.

* He admires Shah Rukh Khan a lot and wants to gain fame and love like him.

* His hobbies include travelling and riding bikes.

* He has Millions of Followers on Social Media and TikTok.

* He is secretly a bathroom

* He is Love to Dance

* His ideal is Sharukh khan

* He is the biggest Foody Person.

* He likes to eat chicken biryani with cold drinks.

* Abraz wants to meet shahrukh khan once in his life. He is biggest fan of him.

* Abraz khan has a dream to become a Bollywood actor like Shahrukh Khan.

* Abraz Khan is always updated on his various social media accounts. If anyone wants contact with Abraz khan then you can message him on his facebook and instagram account. He is a very kind and humble person who always replies to their fans who want to contact him. Abraz has shared his videos and posts on his social media platforms and all updates of his new incoming events.

Anup Thapa and Veeraj Rao , A Director and Actor duo gearing up for their 2 movie …. “SHUKRDOSH”

Anup Thapa and Veeraj Rao , A Director and Actor duo gearing up for their 2 movie ….…

Hindi version of “Welcome back Gandhi” to be released soon