Jamnagar airport was closed due to bomb threat in the flight 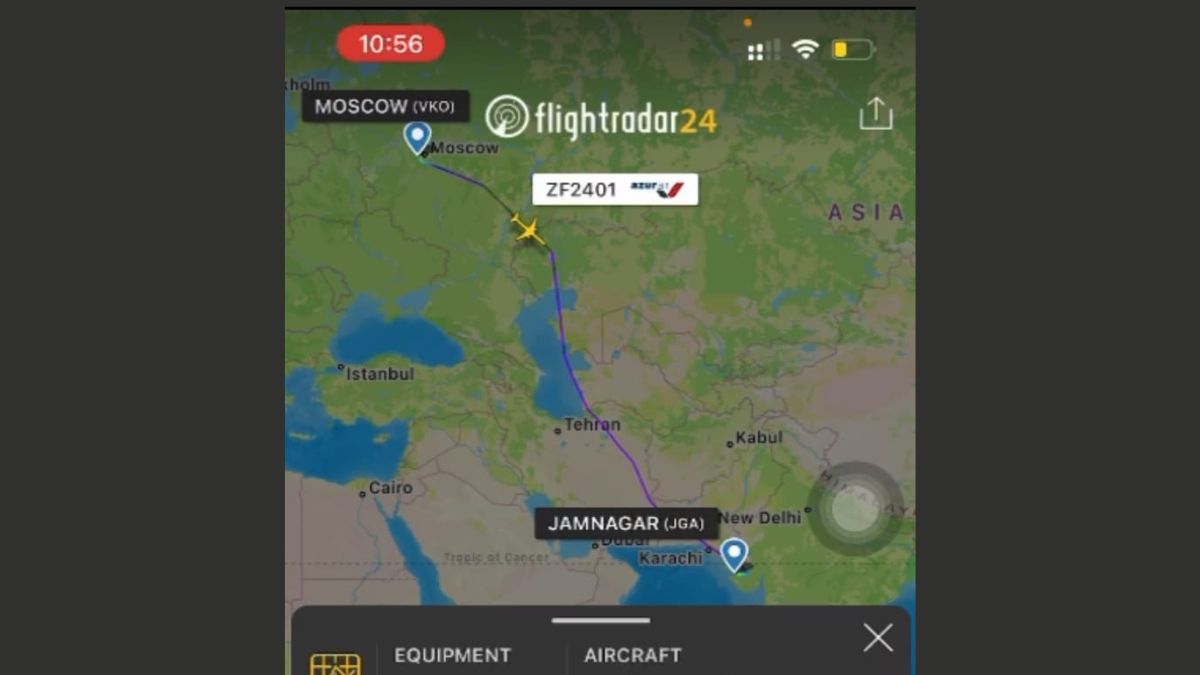 Jamnagar (Gujarat): A commotion erupted at the Jamnagar airport in Gujarat on Monday night after an international flight made an emergency landing due to a bomb scare in the aircraft. Nothing was discovered after a thorough search by the bomb squad, and the flight took off for its destination in Goa on Tuesday morning.

Due to a bomb threat, an international flight from Moscow, Russia, bound for Goa made an emergency landing en route to Goa. Senior police officers led by the District Collector of Jamnagar rushed to the airport after the pilot of the flight informed Jamnagar ATC about the emergency landing due to a bomb scare.

Because of the bomb scare, the Jamnagar airport was closed, and more than five 108 ambulances were stationed there to deal with any emergency. All 236 passengers onboard the Azur Airbus were safely evacuated.

In addition, more than nine buses arrived at the airport to pick up and drop off all passengers. Reliance Company sent more than four buses inside the airport. Some VIPs are thought to have been on board.

The chartered plane took off from Jamnagar airport after being thoroughly inspected by the bomb squad and police. The 236 passengers were all unharmed. The flight took off for Goa.