Roopa Iyer, the film's director, has won two state awards and 42 international awards for her work, and she has produced five films in South Indian languages (Tamil & Kannada). 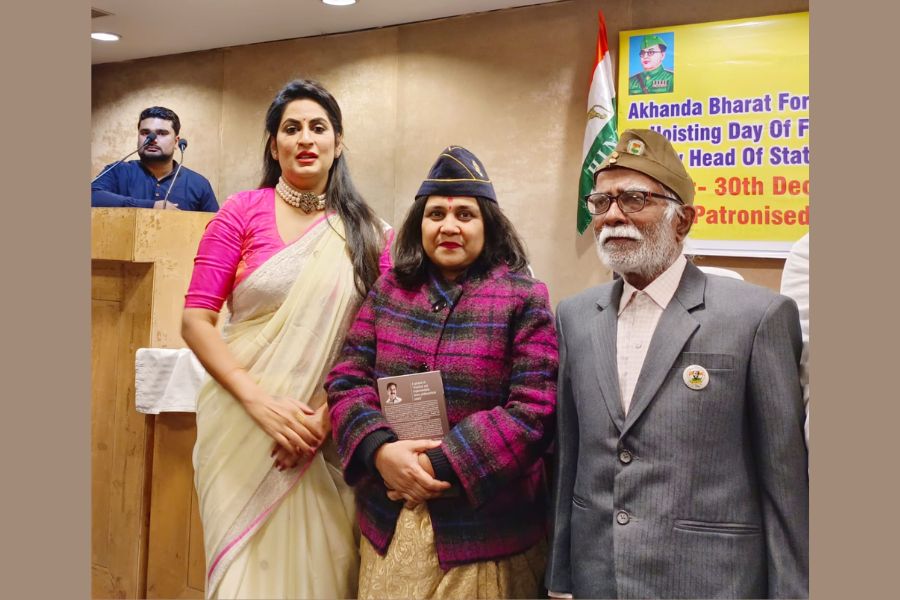 New Delhi (India): Roopa Iyer, a South Indian actor and director, has announced her debut Bollywood film Neera Arya. Shreyas Talpade, who was recently seen in the biopic drama *Kaun Praveen Tambe, can be seen in the lead cast of Neera Arya as Netaji Subhash Chandra Bose, alongside Roopa Iyer as Neera Arya, and supported by top Bollywood actors.

This film will be produced by R2 Patriotic Films LLP and Roopa Iyer Film Factory (RIFF) and is described as a historical fiction & drama based on true events. Mr Pranav Desai presents the film through R&DS productions. A group of NRIs are eager to invest in and contribute to this upcoming patriotic film. The story of the film Neera Arya, according to Director Roopa Iyer, will revolve around the heartbreaking journey of a veteran who sacrificed her life for India’s freedom.

Gautham Srivatsa, a well-known music composer from the Kannada film industry, has composed the music for this film, which will heighten the sense of patriotism.

Roopa Iyer, the film’s director, has won two state awards and 42 international awards for her work, and she has produced five films in South Indian languages (Tamil & Kannada). She has also directed four commercial feature films and over twenty commercial advertisement films. Her eye for artistic films and compelling stories is admirable. Roopa received a Gold Medal from the House of Lords in London for her film about women and children.

Neera Arya is a film about an Indian National Army veteran who gave her life for her country. It’s a touching and sentimental story that will give the audience goosebumps.

Roopa Iyer’s ardent fans will be thrilled to see her make her Bollywood debut.