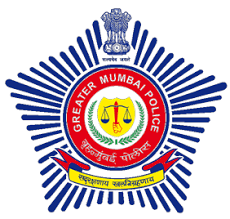 Mumbai (Maharashtra) [India]: The Mumbai police arrested a conman acting as the nephew of Maharashtra’s Energy Minister, Nitin Raut, for duping 11 individuals under the guise of offering them jobs in the Maharashtra energy department.

The accused identified as Sandeep Raut was duping the gullible job seekers in the government departments by demanding Rs 1 lakh. Raut would promise them permanent jobs in the Maharashtra State Electricity Distribution Company Limited (MSEDCL) with the help of his uncle, who is the minister in the Maharashtra Government.

According to police the accused duped as many as 11 individuals from Mumbai, Ratnagiri, Palgarh, and Thane districts in Maharashtra.

A case in this connection was lodged at the Dadar Police station by one of the victims identified as Mahesh Kajawe, 52, and 10 other individuals who were duped by Raut.

Police said that Raut had promised jobs to the gullible job seekers. The complainant had paid Rs 2 lakh for securing jobs for his daughter and son in the MSEDCL in October-21.