Asif began his journey in his birthplace of Srinagar, Batmaloo, and changed jobs several times before launching his own business involving computers, his first love 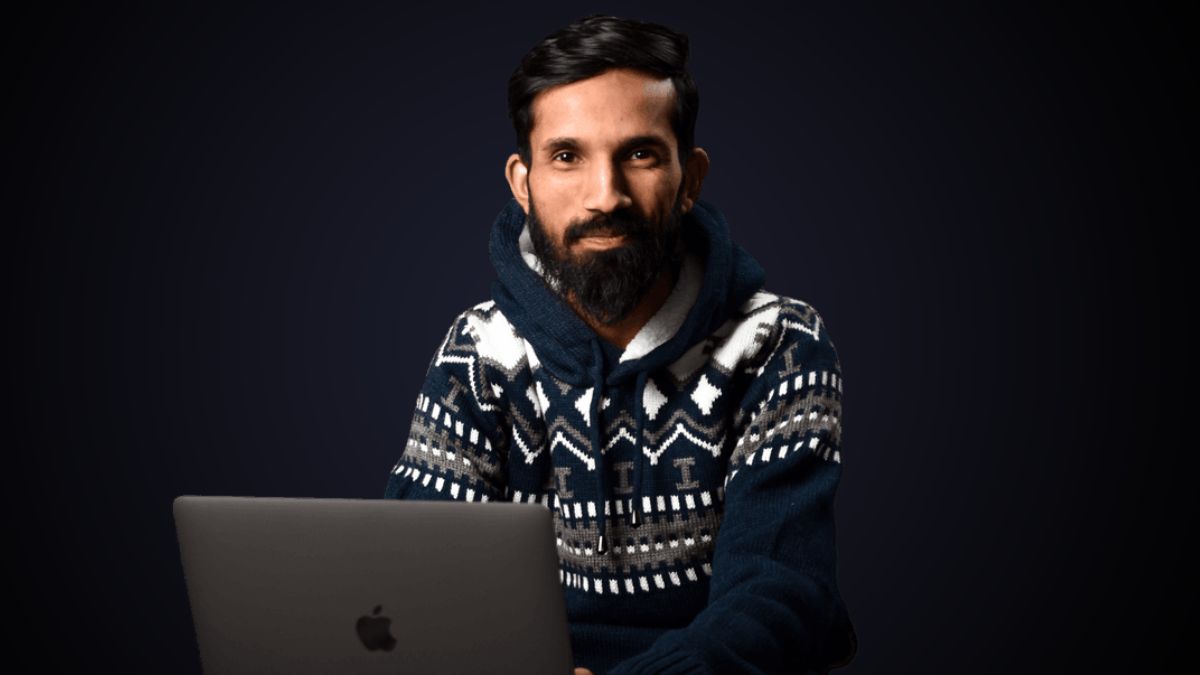 Kashmir (J&K) : Sheikh Asif’s decision to drop out of school and pursue his dreams reminds about Robert Frost’s poem “The Road Not Taken,” which is about making wise life decisions. Frost’s lyric “The Road Not Taken” describes the unexpected circumstances that a person must face at some point in time, as well as the dilemma of a person standing on a road with diversion. Frost uses diversion to represent real-life situations. We make decisions that smaller people make, and every now and then, if we’re lucky, life, the most unpredictable of all, throws up situations that force us to make difficult choices.
Sheikh has also been nominated for the Padma Shri Award 2022, the fourth highest civilian award, for teaching over 10,000 students and assisting hundreds of businesses in the void.
Sheikh Asif was a bright student with many ambitions and goals, but financial difficulties in his family prevented him from continuing his education past the eighth grade.
Asif began his journey in his birthplace of Srinagar, Batmaloo, and changed jobs several times before launching his own business involving computers, his first love. His other passion was the desire to be big.
He joined a company that offered him virtual work from London in 2015, and he worked with him for a year before being transferred to their Delhi office in 2016.
When the company sees less business growth after a few months, they invite Asif to join the London office for a period of time so that they can grow and hire Asif as a senior designer.
He worked for them in London for three months before the company decided to close down the designing portion of their agency due to sales and high competition in London. Asif began looking for freelance design work.
With his dedication and hard work, a few people in London began assisting him in starting something, and in 2016, he founded Thames Infotech with an ex-Google engineer, Hamzha Saleem, which is now the top-leading information technology company in Manchester, UK.

In 2018, Sheikh returned to Kashmir to pursue his dream of raising IT awareness in India. When he returned to Kashmir, he embarked on an adventure to provide online classes for those interested in web design, digital marketing, business setup, and so on.

Sheikh Asif, interestingly, has also written three business books, the sales of which are expected to exceed 15,000 copies by 2022.

Asif, who has trained thousands of students and hundreds of businesses in COVID, believes that the possibilities in the world of computers and technology are limitless. “I manage my business from afar.” My free classes will continue, and I will remain here. “I want India to shine around the world,” he said.