When the first State Transport bus finally arrives in Songadh after 75 years, the locals celebrate with a procession 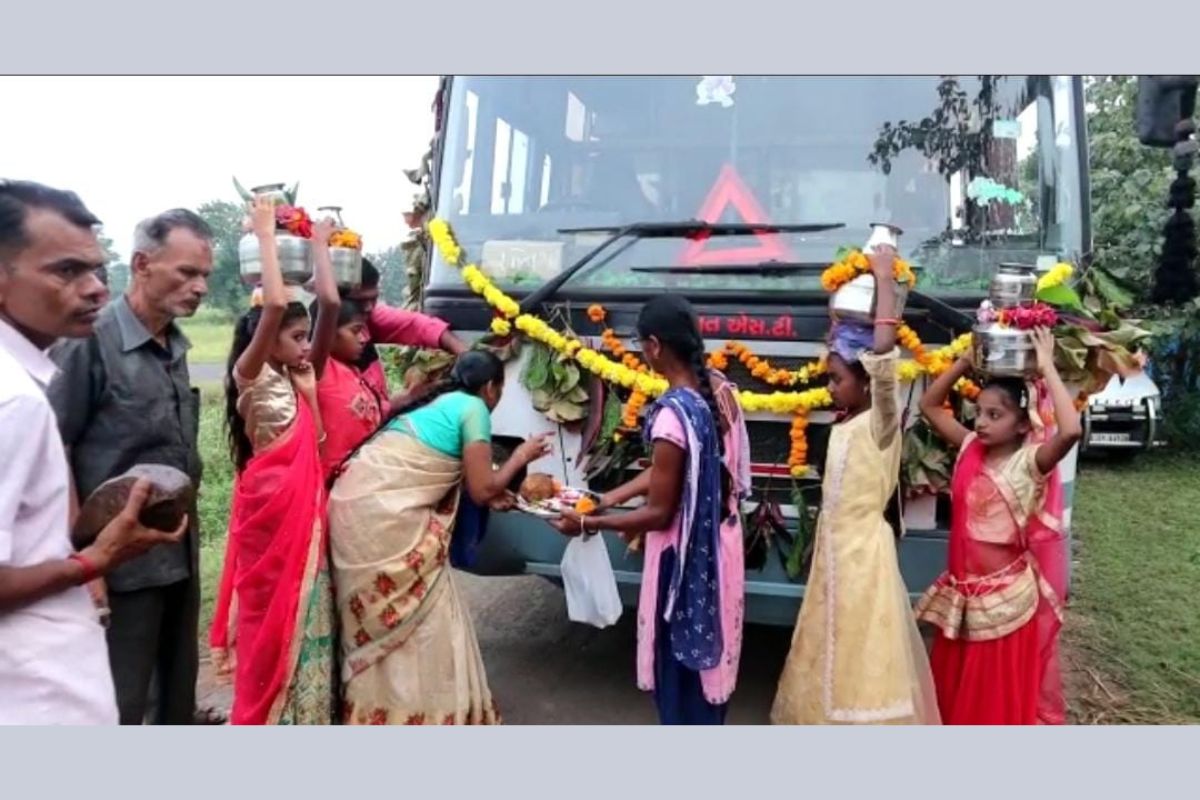 Surat: You may have seen many processions, but have you ever witnessed a procession of State Transport buses? If not, you must be in Sandhkuva village, located in the interiors of Songadh taluka, where the tribal took out the parade of the transport bus. The reason for this was that the residents of Sandhkuva and Borkuva villages were fortunate enough to have transport bus services delivered to their doorsteps after 75 years of independence.

When the bus first arrived in the village on Thursday, the residents decked it out and decorated it. Before the bus could enter the village, typical religious activities were carried out. The locals danced in front of the bus, and the procession then proceeded through the village.

Sandhkuva and Borkuva are the interior most villages in Tapi district’s Songadh taluka. For the last 75 years, the villagers had to tread long distances to board the transport bus from the Songadh highway.

As the country is celebrating the Azadi Ka Amrit Mahotsav on the occasion of India’s 75th Independence day celebration, the villagers of Sandhkuva and Borkuva are celebrating the same in the real sense.