JICA’s Achhi Aadat Campaign launched in collaboration with the Department of Education, Government of the NCT of Delhi 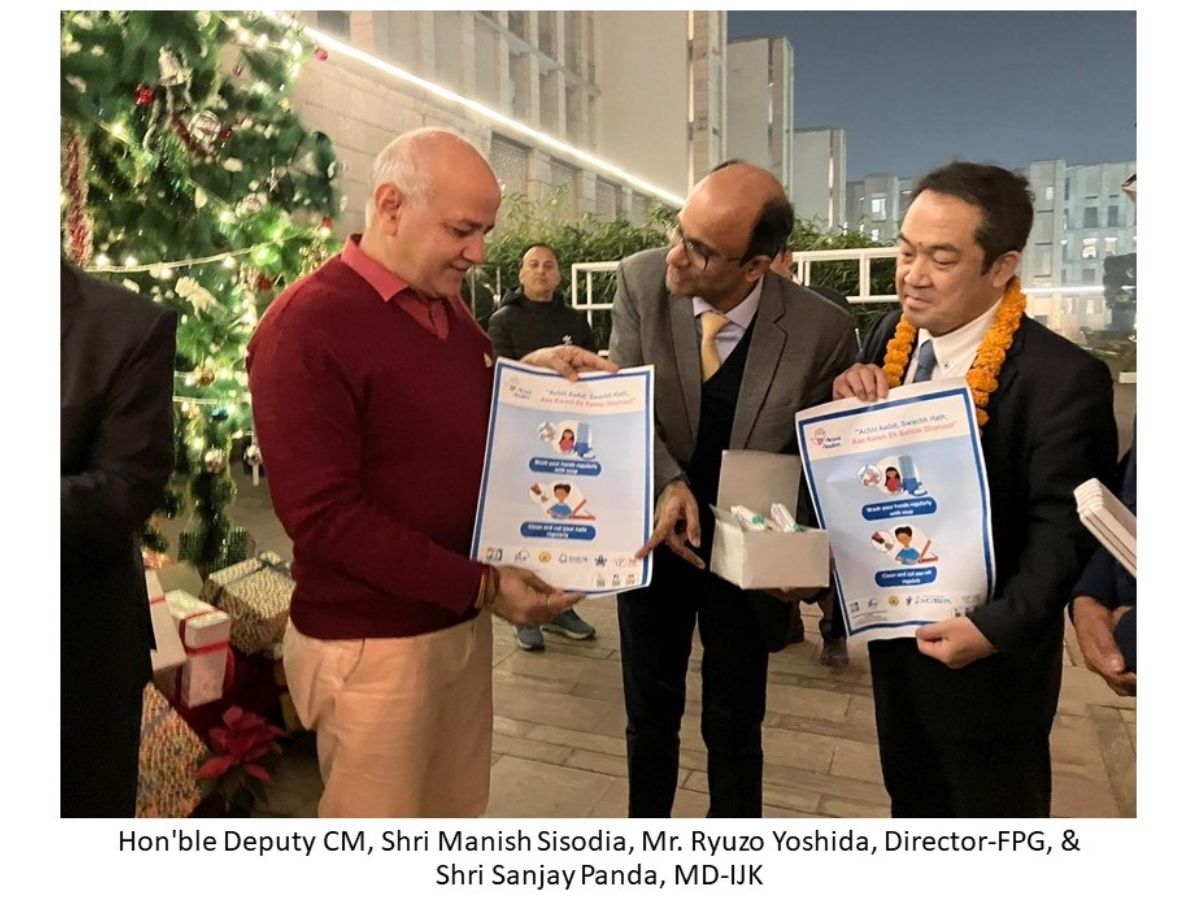 New Delhi (India) : Japan International Cooperation (JICA) India has launched the “Achhi Aadat (Good Habit) Campaign (AAC)” in collaboration with its implementation partner IJ Kakahashi Services Pvt Ltd. (IJK). The primary goal of the campaign is to introduce a simple and practical approach to hand hygiene, such as proper hand washing and nail-cutting practises, to the general public.

JICA and IJK have collaborated with the Department of Education – Government of the National Capital Territory of Delhi on AAC 2022. (GNCTD). GNCTD has also had a Friendship Exchange Agreement with the Fukuoka Prefectural Government (FPG) in Japan since 2007. Education is one of the areas of exchange between FPG and GNCTD, and this time FPG has also extended its support to the AAC. Furthermore, Shabondama Soap Co. Ltd., a Fukuoka-based soap manufacturer, has contributed to JICA’s AAC by sending 200 bar hand soaps to GNCTD as part of an FPG delegation visit.

Mr. Panda briefed Shri Sisodia on the AAC and expressed gratitude for the Department of Education’s assistance in implementing AAC sessions in 164 government schools in South and South East Delhi. Mr. Yoshida and Mr. Panda also informed Shri Sisodia about FPG’s support for AAC and the cooperation of Shabondama Soap Co., Ltd., Fukuoka Prefecture through the donation of soaps. Shri Sisodia thanked JICA and IJK for their support of the AAC campaign in Delhi schools, as well as FPG and Shabondama Co. Ltd.