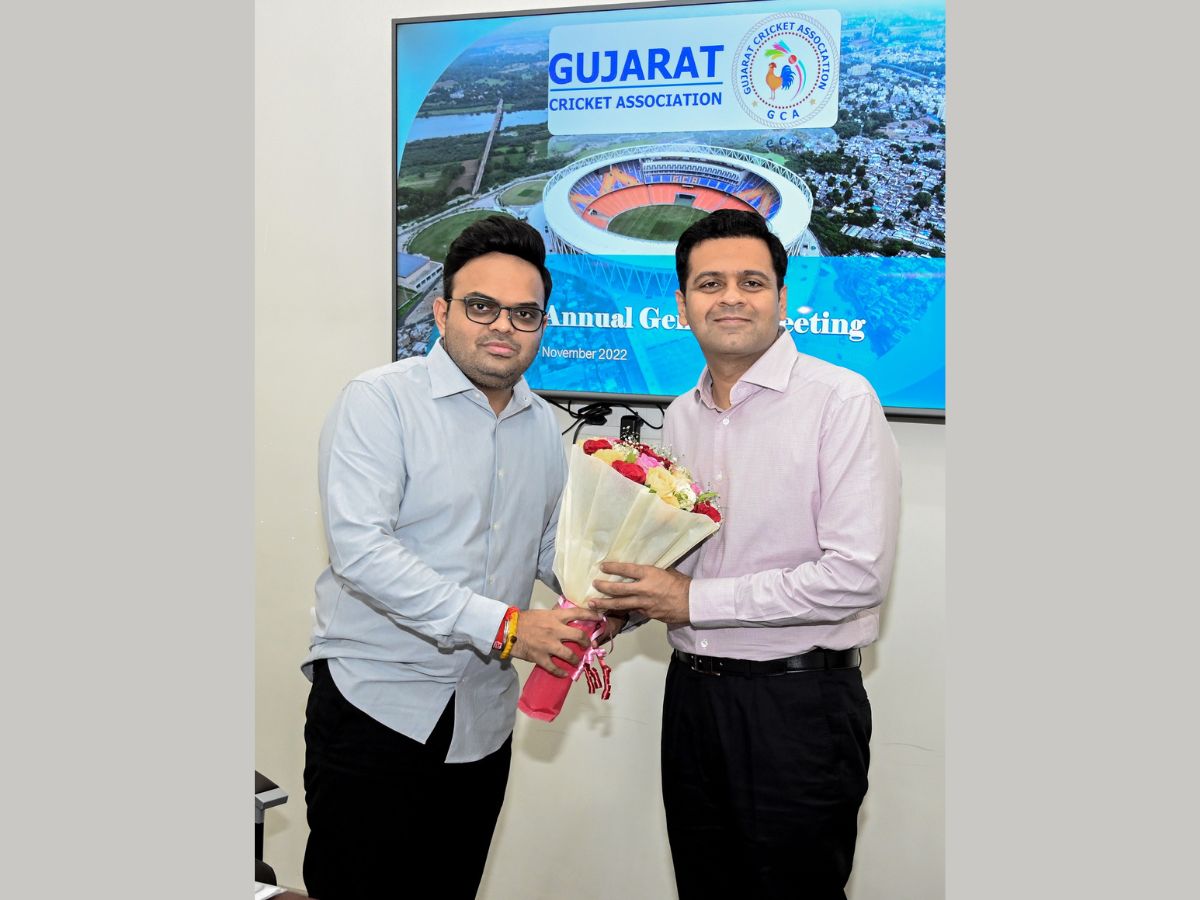 Ahmedabad: Dhanraj Nathwani, son of Parimal Nathwani, who is the Rajya Sabha MP and director of corporate affairs in the Reliance Industries Limited (RIL), has been unanimously elected as the president of Gujarat Cricket Association (GCA).

Nathwani, who had held the post of Vice President, will take over the position left vacant by Amit shah, who took over the charge prior from then Chief Minister Narendra Modi as the GCA President.

Dhanraj Nathwani, president-elect of GCA said, “It is a huge honour for me to be appointed President of GCA.” I am grateful to our former Presidents, Amit Shah and Jay Shah, as well as the members of the Association, for allowing me to serve the noble game of cricket in Gujarat. I am motivated to expedite their ambition, as well as that of our former President and Prime Minister Narendra Modi, of spreading the sport into rural Gujarat and working to improve facilities and opportunity for young boys and girls at the grassroots level.”

An avid cricket and sports fan, Nathwani was responsible for the development of the Narendra Modi Cricket Stadium in Ahmedabad, the world’s largest of its kind, which spans 63 acres and can accommodate more than 1.3 lakh spectators. Nathwani is an MBA with a concentration in Corporate Law and Public Relations Management from the National Institute of Management and alumni of the Regent’s Business School in London, where he studied International Business.

Gujarat Cricket Association (GCA) is the governing body for the development and organisation of cricket in the state of Gujarat with 10 districts and a union territory under its wing which comprises of Ahmedabad, Kheda, Anand, Bharuch, Surat, Valsad (Bulsar), Gandhinagar, Banaskantha, Panchmahals, Daman and Dadra Nagar Haveli. GCA is a permanent member of the BCCI.