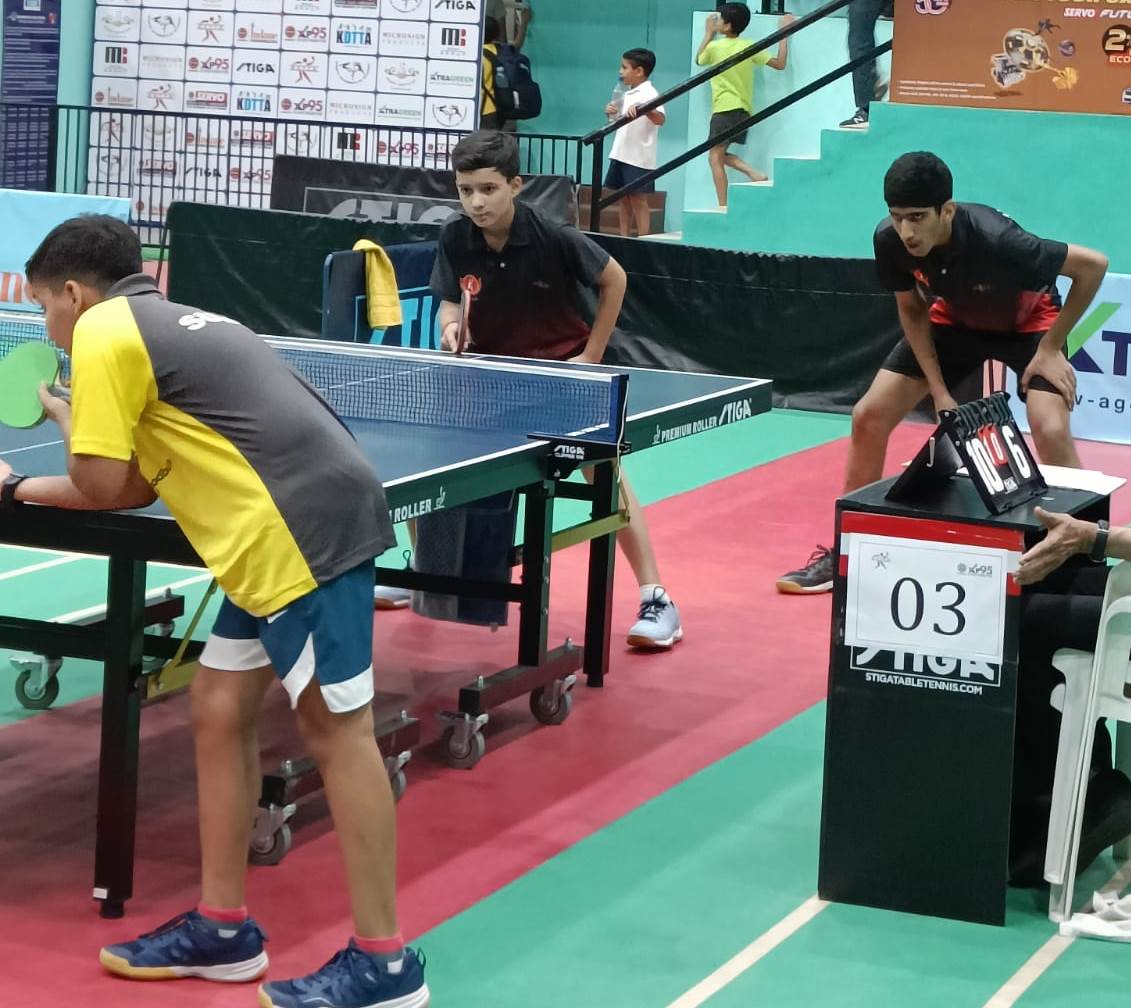 Gandhidham : Paddlers from Ahmedabad dominated the proceedings in the sub junior category, with both the boys and girls, reaching the final at the Indian Oil XP95 Gujarat State & Inter District Table Tennis Championships 2022 on Wednesday at the KDTTA, Haresh Sangtani Sports Complex, Adipur.  In the Championships organised by GSTTA with the support of SAG, Ahmedabad boys will play Surat boys while Ahmedabad girls will play Bhavnagar girls in the sub junior final.

In the sub junior boys category, Himansh Dahiya and Malav Panchal ensured Ahmedabad eased past Bhavnagar 3-0 in the semifinal. While Himansh saw off Param Parmar in three games, Malav held off the challenge of Sujal Kukadia 3-2 to help Ahmedabad post a 2-0 lead. The duo then teamed up to defeat Sujal and Param 3-1 in the doubles.

In the other semifinal, Surat’s Samarth Shekhavat and Aayush Tanna won their respective singles clashes before teaming up in the doubles to thrash their opponents from Vadodara 3-0.

In the sub junior girls semifinal, Ahmedabad downed Navsari 3-1 with Nidhi Prajapati and Jiya Trivedi beginning well. They won their singles clashes but were outplayed by Jahnavi Patel and Princy Patel in the doubles 1-3. However, Jiya upped her game in the fourth tie to outwit Jahnavi 3-1 to help Ahmedabad march into the summit clash.

Meanwhile, in the other semifinal, Bhavnagar’s Riya Jayswal and Sachi Doshi were in top form as they beat their counterparts from Surat in singles and doubles ties to triumph 3-0.

The Men’s and Women’s team semifinals and the Junior Girls and Junior Boys semifinals are scheduled for later in the evening.

Bhavnagar take on Ahmedabad while Surat and Vadodara clash for a place in the Men’s final. Surat and Bhavnagar will play for a spot in the Women’s team final while Navsari and Ahmedabad will clash in the other Women’s semifinal.

In the Junior Girls semifinal, Bhavnagar will play Navsari while Ahmedabad clash against Surat in the other last four clash. Surat plays Aravalli in the Junior Boys semifinal.

Nisha Kumari, An Athlete From Vadodara To End The Year By Climbing Mt Everest And Mt Lhotse In Traverse Style With Crowd-funded Support